Uniting together: The beginning of the Muslim Student Association 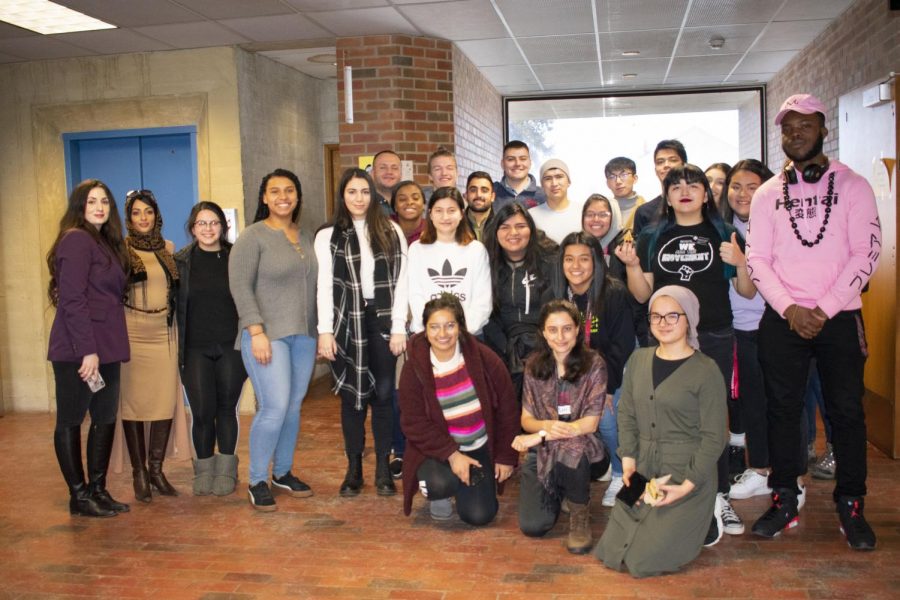 It was the second club meeting in a small conference room at 2 p.m on a Tuesday, and only eight students were in the room. Within the next ten minutes, the room was packed with over 30 students. Students were leaning against the walls and sitting on the floor just to be part of this new club.

CWU is home to over 130 different clubs. This month, a new club began in the halls of Farrell Hall. The Muslim Student Association is a club dedicated to students of the Muslim religion and allies.

According to ScholarWorks, college is a place where students are trying to learn about themselves and their identities. Being away from home for the first time can be challenging. It can be hard to find a group of people that students can relate to and become friends with right off the bat.

According to EducationQuest Foundation, two of the biggest fears college students have are “how am I going to pay for college?” and  “will I make friends?”

Salam Awad, a political science professor, is the advisor of the Muslim Student Association. Awad started the club in hopes to create a safe environment for students to talk and feel at home.

According to Semir Ibrahimovic,  the president of the club, it started off as a group of friends talking with Awad. What they didn’t know was their friendship would soon lead to a club being formed.

“All the Muslim students were coming to my office and I said, ‘ok, let’s make a club,” Awad said.

Anwar Hassan, a student who recently joined the club, shared how he wants to be part of a community where he can fit in. Hassan was born and raised in the U.S but has been practicing Islam from a young age.

“When I came to Central, I figured I was the only Muslim. I never said anything about it  and kept it to myself,” Hassan said.

The club consists of students from all backgrounds. There are Muslim students from China, Turkey, Iran, Bahrain and Palestine. Some students wear hijabs and some don’t. Some have darker skin while others have light skin. None of the differences mattered to any of the students as they came together, according to Ibrahimovic.

Islam is a very diverse religion, Awad said. She said there are multiple different branches to Islam.

Most of the branches and countries don’t get along, but that does not matter. All the students are a support to one another, according to Awad.

Awad hopes to create a safe environment for students to bring up racial concerns and discuss them.

“If one student faces any sort of harassment or comes across any barriers, they can come to the club for support,” Awad said.

The club also plans to put on events throughout the school year. Ramadan is an event in the Muslim community. It is the ninth month of the Islamic calendar. According to Islamic Networks Group, Ramadan is a holy month. It is a month dedicated towards fasting, praying, and family or community.

Being away from family for college can be a very hard time for students.  During Ramadan fasting, students must go all day without water or food and break the fast at the end of the day.

For many students, they don’t have anyone to do that with, according to Ibrahimovic. Awad and the student officers are planning on putting together Ramadan for students during the months of April and May.

“Throughout Ramadan [we will] have different locations, different centers, ways to make sure all the people practicing Ramadan on campus have a means of securing a nice meal after fasting for so many hours,” Awad said.

The club of five quickly turned into a club of at least 30 students.

“We tie into [the] CWU goal of creating an exclusive diverse and representative student body and anyone that wants to support that goal is welcome to participate in our club,” Ibrahimovic said.