Brooklane will no longer be hopping with bunnies 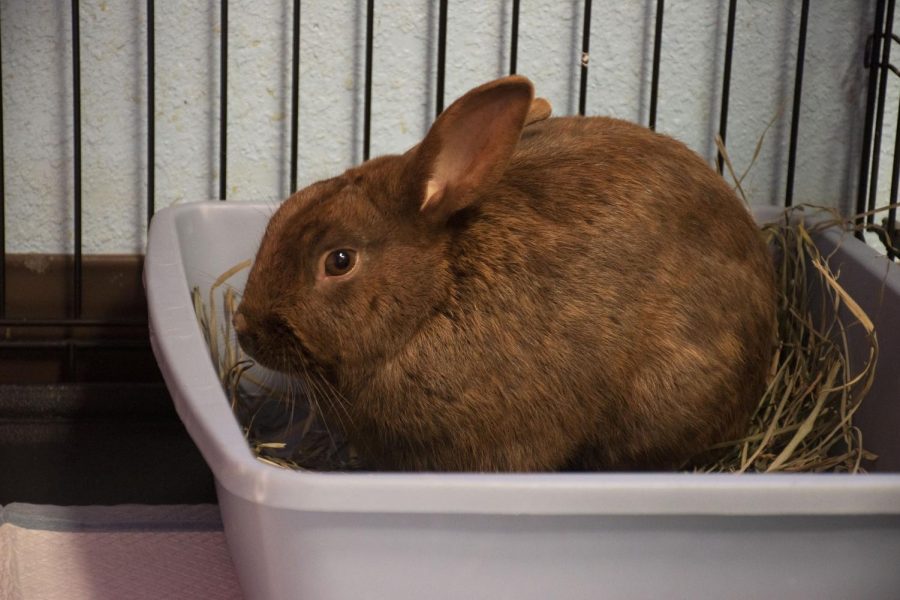 Between the challenge course and the Brooklane student apartment complex there are three metal shipping containers. In and around the containers there was, until very recently, a family of bunnies living there.

“Four years ago one of my tenants let a rabbit go,” said Jim Skibeness, a maintenance worker at CWU for Brooklane and Wahle student apartment complex.

According to Kate Dallas Hilbert, a sociology and social service major, in the summer two larger brown female bunnies started living there. It wasn’t long before there was a whole family of bunnies.

Skibeness has seen many of the children that attend the Early Education Center in Brooklane staring out of car windows trying to catch a glimpse of the bunnies.

“My four-year-old likes to feed them,” Hilbert said. “All of the rabbits will come right up to him and eat the carrots from his hands.”

“I think they’re really special,” Hilbert said. “They are really sweet rabbits and they’re very friendly and I think they’d make a great pet for anyone.”

The day after Hilbert’s interview, one person said they saw what seemed to be the Washington Department of Fish and Wildlife capturing the bunnies with a net.

Skibeness said early on Jan. 24, five of the rabbits were captured by animal control and brought to the Ellensburg Animal Shelter to be given a health check and put up for adoption. The bunnies were relocated because of a coyote sighting.

“The campus police were concerned that the rabbits were attracting predators into the area that could potentially be a problem for some students,” Skibeness said.

There are students in the Brooklane apartments that have emotional support animals (ESAs) and the bunnies were removed to prevent attracting predators that could potentially harm the ESAs.

“It was kind of an act for the students’ and animals’ best interest as well as the rabbits’. This was sort of the consensus opinion,” Skibeness said.

Heidi Monson, an animal control officer, said she was the one who relocated the rabbits.

“Our plan is to remove all of them,” Monson said. They will hold them for five days in case an owner comes forward.

She later said that the rabbits will be distributed to several shelters in the Seattle-Tacoma area and put up for adoption there.

Some will stay in the Ellensburg Animal Shelter. Anyone wishing to adopt one of these bunnies can apply for adoption at the Ellensburg animal shelter.

According to Monson, rabbit care is more involved than you would expect. If anyone is thinking of releasing their own pet rabbit into the wild, please don’t, call a shelter.