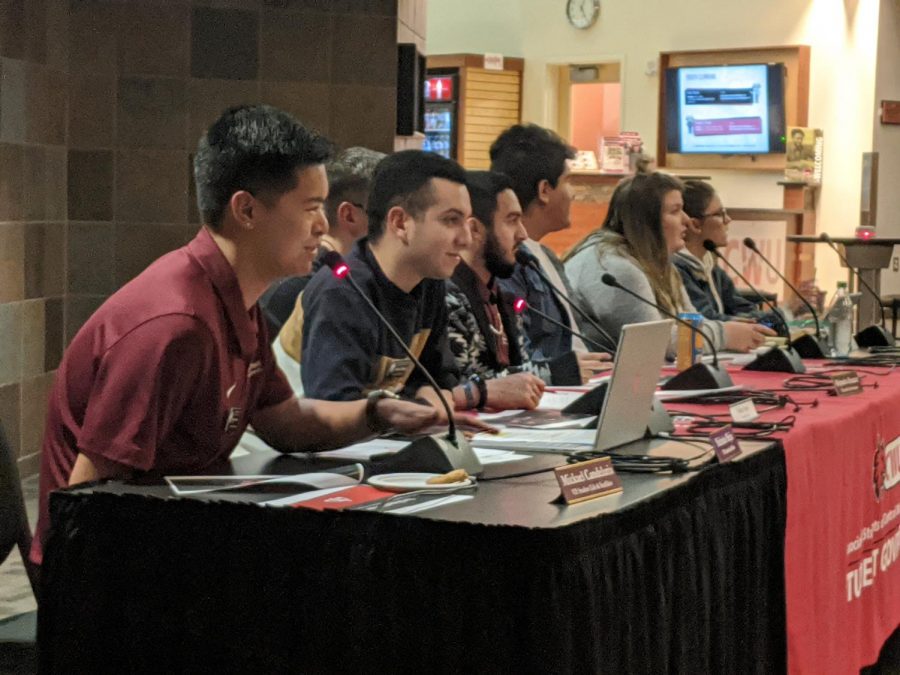 ASCWU is proposing changes to their constitution and bylaws. This is in order to increase student involvement with ASCWU, update their structure to align with peer institutions in the state and give the student body a larger voice. ASCWU is hopeful the changes to the constitution will be implemented before the 2020 campaign season at the end of winter quarter.

According to Vice President for Student Life and Facilities Mickael Candelaria, ASCWU has operated under a board of directors model for almost 20 years. The changes proposed to the constitution would introduce a bicameral student model based on the system used by Western Washington University.

Under the proposed constitution, there would be two main governing bodies: an executive board and a student senate.

According to Candelaria, there was some confusion from students over the title of “vice president” used in the current system, since there was no president elected to these specific areas for a vice president to fall under. This is one of the reasons for the change in title from “vice president for” to “director of.”

Two senators will represent the Equity Services Council (ESC), but the electoral process would look different for them. According to a draft of the proposed constitution, each organization would have the opportunity to nominate a single member from ESC at large to represent them as a senator. The nominations will be voted on by ESC representatives, casting two votes on behalf of their respective organizations and parties.

Students had the opportunity to give their feedback on the changes at a public forum on Jan. 24.

One graduate student expressed that he found it a “detriment” to not include the athletics department in the student senate structure, and recommended that senator positions be added for athletics.

Several students also pointed out the importance of having a dedicated director of sustainability. Candelaria agreed that students could benefit from having an officer dedicated to sustainability on campus.

Dean of Student Success Gregg Heinselman asked members of ASCWU why each college would have two elected senators, instead of electing a number of senators that reflect the population of each respective college. Candelaria said the student senate was modeled after the U.S. Senate with two representatives from each area. According to Candelaria, this is to ensure that each area has the same amount of voice.

ASCWU emphasized the changes proposed at the forum are still in the “rough draft” stage. They hope to solidify the changes to the constitution before spring break, which is when campaign season starts for 2020-21 ASCWU candidates.