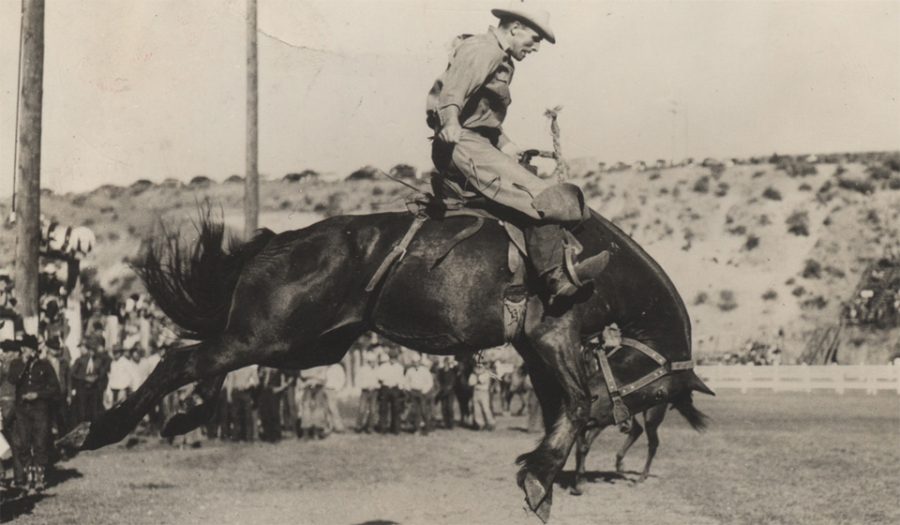 The old downtown pharmacy on Pearl Street will soon be turned into a permanent home for an organization special to Ellensburg. Ellensburg Rodeo Hall of Fame (ERHOF) is in the process of moving into the building.

ERHOF has been bouncing around trying to find a stable home since 1997 when it was first founded by original board members, including Mike Allen and Joel Smith.

“We have finally found our place, and we are really happy to be here,” Smith said.

However, the building may not be recognizable after all the renovations. Mike Allen, an ERHOF board member, mentioned that many things must change before opening.

“We want to make the place really presentable for the members and the public,” Allen said.

When brainstorming ideas for the renovations, Joel Smith, president of the ERHOF board, said they had a vision to create a connecting hallway between the old pharmacy and the Western Culture and Art Center (WCAC).The WCAC is an alliance, a union between multiple organizations, formed between the Clymer Art Gallery, the Western Art Association and ERHOF.

The floors are being ripped out and replaced, the walls are being redone, new lighting is being added and the front door will be made non-accessible. The only entrance will be through the building next door,WCAC.The two buildings will be connected with a new hallway.

“We’ll do anything to help the Clymer [Art Gallery],” Smith said. “That’s why that opening between the two, with the single entryway, is going to help put people on this floor and that floor.”

Smith said ERHOF will be paying for all of the renovations being constructed and the Clymer Art Gallery will have no dues. The estimated total for renovations will end up being between $40,000 to $50,000.

ERHOF makes money through donations, events, memberships and the Art of Fame, which is their annual and biggest art fundraiser each year, according to Smith. Each year artists donate their time to create a piece of art, within the theme and with the support of a sponsor, to auction off.

The Clymer Art Gallery is the owner of the vacant building next door. In the past, the art gallery had leased out spaces in the building for vintage market sellers, known as Pearl Street Vintage Market.

Clymer Museum & Gallery Director Elise Warren explained that ERHOF signed a five-year lease on the building with the option to renew it for two more five-year leases.

The Clymer Art Gallery changes up the art shows every couple months bringing various types of new art to the walls. According to Smith, the museum committee of ERHOF will plan to switch up their displays every couple of months. This will allow all visitors to see new shows in both rooms.

ERHOF plans to hold a soft opening on Feb. 7 during First Friday Art Walk. Artifacts may not be ready for display but the space will be open for the public to view. ERHOF has an archive room on the second floor of the WCAC building. That is where the artifacts are stored. Smith hopes to see the new ERHOF museum fully stocked with artifacts by mid-February.

Although ERHOF will have their newly renovated space, they will continue to host  shows and events in the Clymer Art Gallery’s main room.

“[The new ERHOF building] will not be an event center. That will be strictly a museum,” Smith said. “Because of the alliance we can use this space, if we schedule it. It’s good for all of us.”