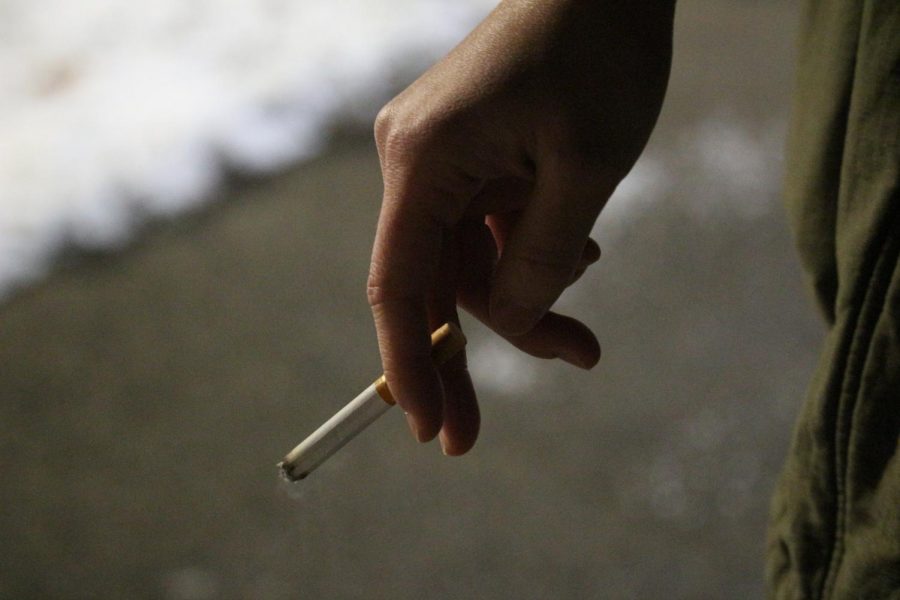 On April 5 Gov. Jay Inslee signed a law that raised the age restriction of buying tobacco products to 21 years old. This law, Engrossed House Bill 1074, would go into effect on Jan. 1 2020. Inslee believes that this is a way to keep young adults from smoking tobacco products.

“We know that 95% of smokers start that dangerous behavior before age 21. This bill is going to save thousands of lives in the state of Washington,” Inslee said at the bill’s signing.

The ban also affects vape products and e-cigarettes by raising the age that people can buy them to 21 as well. There is still a ban on flavored vape products until February that is not nullified by the tobacco age raise. The flavored vape ban is a limited ban. However, the ban could become permanent if legislators vote to continue it.

The Washington State Department of Health (WSDOH) has backed Gov. Inslee’s positions on both the raising of the tobacco age limit and the banning of flavored vape products. The state has found that most people start using tobacco before the age of 21.

The WSDOH believe that by raising the age limits that they can stop kids from starting the habit and getting addicted.

“Nearly all people who smoke begin smoking before age 21—while their brains are particularly vulnerable to nicotine addiction,” The WSDOH said. “Raising the legal age of sale will help protect young people by preventing them from getting tobacco and vapor products from peers who are 18, 19, or 20 year olds.

Tobacco can be an addictive and dangerous drug that has been known to be used by many students who are under the age of 21, according to the WSDOH. After a 2018 study, the department of health found that one in five 10th graders and one in three 12th graders had used tobacco vapor products in the past.

Gov. Inslee and the WSDOH hope that the raise in age restriction coupled with the ban on flavored vape products will stop Washington students from trying these products. Another added benefit that both the governor and the WSDOH hope for, is that these bans will keep 18-year-old high schoolers from giving tobacco products to their under-age friends in high school.

The raise in age will also lead to punishments handed out to stores that sell tobacco products to people who are under the age limit. Tobacco kills over 8,000 Washingtonians every year according to the WSDOH, and the state is trying is also trying to help people quit smoking along with the age raise restrictions.

The WSDOH has a program called The Washington State Department of Health’s Tobacco and Vapor Product Prevention and Control Program (TVPPCP)  that tries to help people quit using tobacco products. The TVPPCP also helps keep kids under age from starting the dangerous habit.

The TVPPCP still claims that tobacco is one of the leading causes of preventable deaths in the country despite all of their best efforts. They believe, however, that the vapor industry has helped increase the number of people who use vapor products.

The TVPPCP has found a 10% increase in high school seniors who have started to smoke vapor products in the past two years. They also found that there was a 4% increase in eighth graders and an 8% increase with 10th graders over those two years as well.

The TVPPCP believes that the age increase will continue the decrease we see in the number of people who smoke tobacco.