The Observer found out that it has lost one of its own. In his time, Ben Wheeler was a copy desker, online editor and a great contributor to The Observer. We offer condolences to his friends and family. 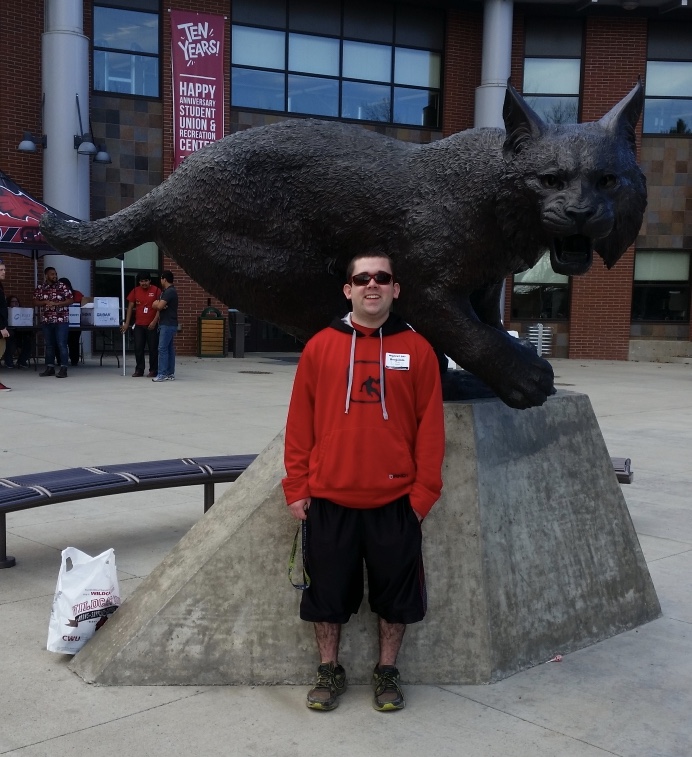 I had the honor of working alongside Ben at The Observer and in many journalism classes at CWU.

Whether he was pitching a wild story about searching for rattlesnakes in the outskirts of Ellensburg or covering the latest events in CWU sports, Ben was always right in the middle of the action and loved to share his experiences with others.

He was a talented storyteller and used his skills to connect people through his powerful and emotional writing. In person, Ben’s fun-loving personality and unique sense of humor could light up a room within minutes.

Ben could turn even the most boring night in the newsroom into a great time by making everyone laugh with his cheesy puns and quick wit. His can-do attitude and willingness to lend a hand whenever possible was an inspiration. Although I only had the opportunity to work with Ben for a short time, he will truly be missed. – Alexa Murdock, former managing editor

Goofy, passionate, talented. These are words easily used to describe Ben Wheeler. Ben was quiet but detailed. He remembered the little things. He loved writing movie reviews and they were often so detailed that we had to cut words so they’d fit on the page.

I worked with Ben closely during his time as The Observer’s Online Editor.

I always told him he was doing a much better job at being the online editor than I did. Ben was humble. He always asked how to improve and would work diligently at doing so.

Ben’s humor was one-of-a-kind. He didn’t send many messages in the staff group chat, but when he did, they always included some sort of joke. Some of us even gave him the nickname of being the “pun-master.”

He took to newsroom chaos very well for being a shy person. He interjected himself into conversations and helped out wherever he could. He always stepped up to live cover events or write extra movie reviews.

I’m thankful for the time Ben was on The Observer staff. In our final conference, Ben mentioned wanting to start a podcast. I hope that you’re able to do that now, Ben, you deserve it. Thank you for the mark you’ve left on the newspaper and our lives.

Ben Wheeler was a tremendously gifted individual with a great knack for movies and sports.

I first met Ben in my introduction to writing and reporting class at CWU a few years back. I sat next to him and enjoyed our many conversations about the Seattle Seahawks, the latest great movie, and of course, our many written assignments.

We’d end up seeing each other frequently in Lind or Black Hall. As the months and classes passed, I enjoyed many other classes with Ben, including Terri Reddout’s visual storytelling class.

One of my favorite assignments was recording a Facebook Live about any topic we liked. Ben and I did ours on the Seahawks’ picks in the 2018 NFL Draft. There was such a great chemistry between us. You almost could have put us on ESPN’s Sportscenter and we would have killed it.

For such a small frame, he had one of the biggest hearts I’ve ever come across in my lifetime. ​I’m going to miss you Ben. You were an amazing friend. Now, you got the best seat in the house for the Seahawks. – Sean Quinn, former staff reporter