The One With All The Friendsgivings 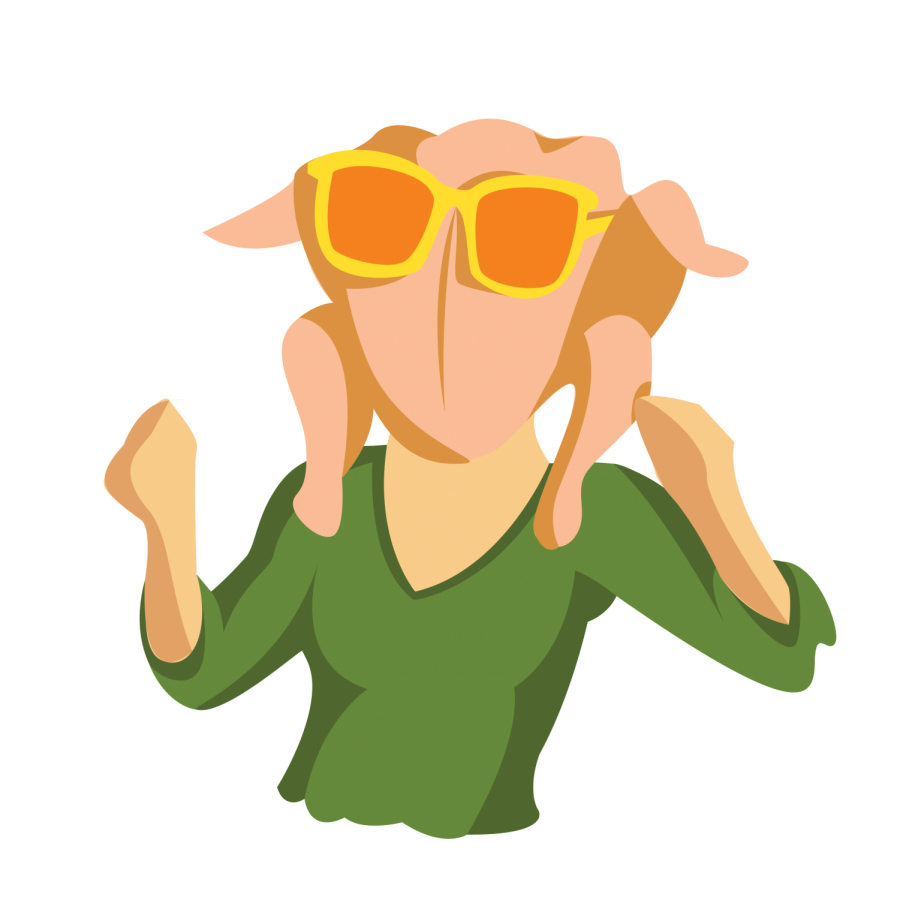 Do you know who had a turkey on their head during Thanksgiving from the TV show, “Friends?”

Attendees can enjoy free Thanksgiving food and watch Thanksgiving-themed “Friends” episodes at the event. The episodes will be followed with a “Friends”-themed trivia game, in which students can win prizes.

Thanksgiving is a time to feast and remember to give thanks for the good things an individual has. It’s usually celebrated with family, friends and other loved ones.

Friendsgiving, an alternative to Thanksgiving, has become more popular among millennials, according to the Pew Research Center. According to the Merriam-Webster site, the word ‘Friendsgiving’ didn’t originate from “Friends,” but rather, the earliest print uses of the word were seen in 2007.

The show “Friends” has become an iconic and well-known sitcom and is still talked about today. It also became iconic because it talked about real problems with sarcastic and humorous wordplay. Thanksgiving is also an annual holiday that appears on every season of “Friends.”

Katie Doonan is a junior double majoring in hospitality, tourism and event management and global wine studies. Doonan is the event coordinator for Friendsgiving.

Doonan mentioned how the Friendsgiving event first started and how it has become a well-known annual time for friends to gather and have fun.

“I know [Friendsgiving] was an idea of a student,” Doonan said. “The Experience Leadership Project event is put on by the CLCE and all the students write out an event they want on campus. It turned into an event that we do every year that we really enjoy.”

According to Doonan, CWU Catering will be providing food such as mashed potatoes, gravy, turkey and stuffing, but not Rachel’s traditional English trifle.

“We are going to have typical Thanksgiving food,” Doonan said. “Just anything that you can think of that is Thanksgiving type food.”

Doonan expressed how much she loves the show “Friends” and shared about her favorite episode and her favorite character.

“I would definitely say the Monica and Ross episode because I am a big football fan. I used to play in a game where you would throw around a raw turkey,” Doonan said. “I am a Rachel fan because I am a Jennifer Aniston fan.”

“The One With The Football,” “The One Where The Underdog Gets Away” and “The One With All The Thanksgivings,” are specific episodes that will be shown.

Following the three “Friends” episodes, a trivia game of Kahoot will be played. The Kahoot winners won’t take home the Geller Cup, but they can win prizes like Central Perk Mugs.

Doonan mentioned that students should arrive early for the event.

“If you are looking for a nice afternoon just come have some food and hang out with friends. This is a different alternative than to our open mic nights if that’s not really for you,” Doonan said.

As Joey Tribbianni might suggest, don’t forget your Thanksgiving pants.