‘If hockey and football had a baby…’ 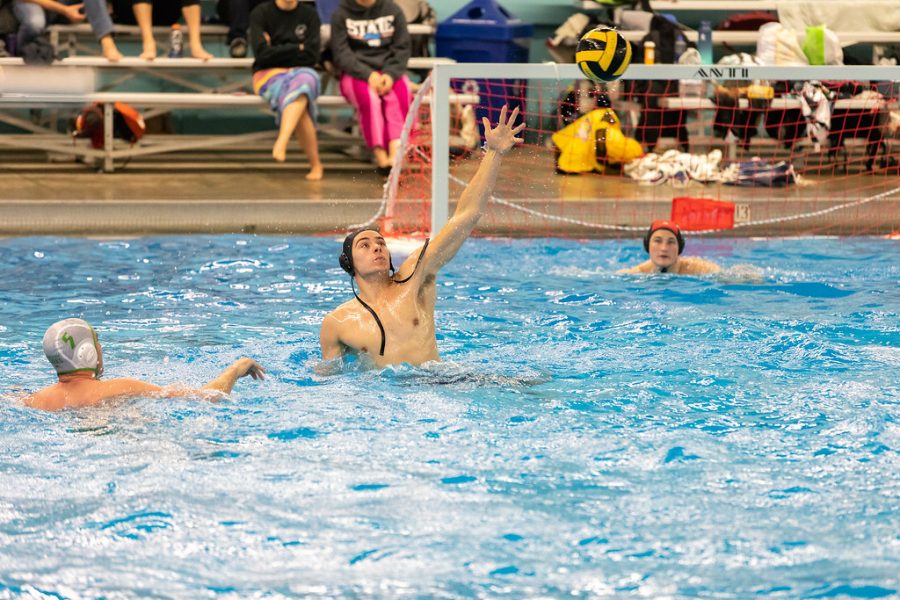 Water polo club member Jonah Kathlean said the team is preparing for the tournament with a focus on getting new members up to speed.

“We’ve basically been trying to incorporate the newer members into the actual offense … we do have a lot of very new players who have never swam before,” Kathlean said. “[They] didn’t even know what water polo was.”

“It’s like if hockey and football had a baby and drowned it,” McDougall said.

Six field players start the game, and like hockey, there is one goalie. Water Polo Club Advisor Camden Rimby said all the field players move from position to position as the game progresses.

“Water polo’s pretty fluid in terms of positions … we all play offense and defense,” Rimby said.

The sport is physically demanding and requires strong swimming skills. The pool must be a minimum of 6 feet, but McDougall said the pool is normally between 12 and 17 feet deep. Kathlean said it’s a great workout.

McDougall attested to the amount of stamina it takes to play water polo.

“You have to swim the whole time … there’s a bit of a curve that you have to learn like learning to tread with the egg beater, and learning how to swim heads up,” McDougall said.

The egg beater tread looks like the lower half of a swimmer doing a breaststroke, legs kicking like a frog’s. The players must keep their heads above water.

Kathlean said the team started to become more competitive and more focused on training this year.

“We started to amp up our swimming. Our training, our overall fitness level just skyrocketed,” Kathlean said.

CWU’s Water Polo Club is co-ed. The result is a welcoming atmosphere, according to McDougall. Often, many water polo clubs are divided by gender.

All three interviewed members expressed a desire for new members. And if you’re a doggy paddler?

“Yeah, we would be able to help you out,” McDougall said.

The club practices Mondays and Wednesdays from 9-10:30 p.m. The late practices offer the unique advantage of facility privacy.

“With the facility being completely closed up, it being a closed practice, nobody but us are going to see you there,” Kathlean said.

The club also does quite a bit of traveling. This year, they visited Canada for the Spooktacular Water Polo Tournament in Victoria, British Columbia. McDougall said that though the club had a rough start, they are getting better with more consistent team membership.

“The club is open to anyone of any skill level … we encourage everyone who’s interested to come out,” Rimby said.