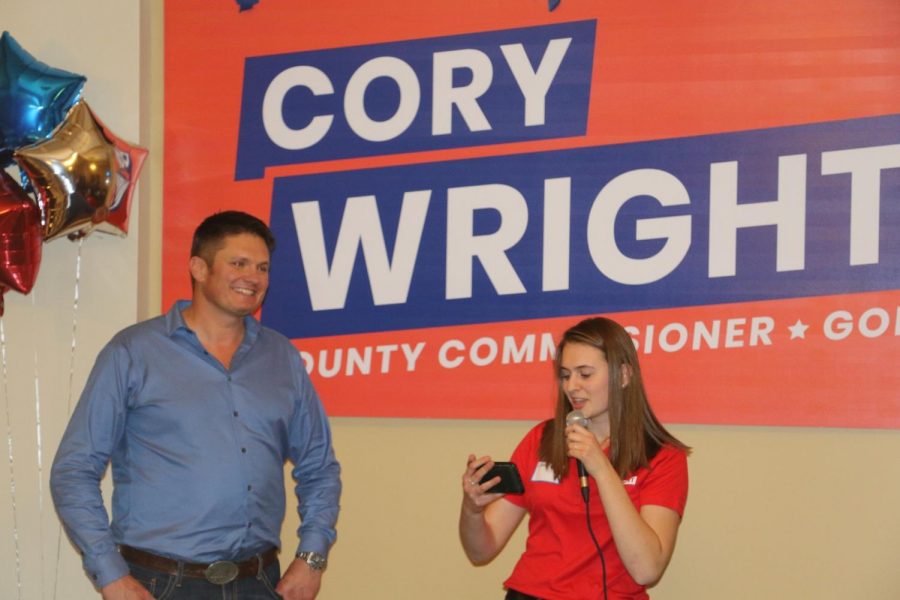 Voter turnout came out to 42.28% in the city of Ellensburg, according to the Kittitas County Auditor’s office. Out of nine districts, the Ellensburg district had the second lowest percentage of ballots returned.

Mayor Bruce Tabb, who ran unopposed, will be serving another term as Mayor of Ellensburg. In the Legislative District 13 State Representative Position 2, Republican Alex Ybarra won with 68.05% of the votes over Steve Verhey. Nancy Lillquist, who prefers the Democratic Party, lost County Commissioner District 1 to Cory Wright by 38.43%. City Council Position 6 was a competitive seat between Stacey Bankston Engel and Matt Anderson. Engel, whose affiliation is non partisan, won with 54.4% of the votes. Another seat with competition included City Council Position 7, between Tristen Lamb and Kristin Ashley, where Lamb led with 61.15% of the votes. Ellensburg School District 401 Position 1 went to Meg Ludlum with 61.87% of votes over Mark Manning.

The topic of Initiative 976 is taxes and transportation, which happens to also be a state statute. Voters that approved the initiative agreed to limit the annual license fees for vehicles weighing under 10,000 pounds to $30. According to BallotPedia, the initiative also includes base vehicle taxes on the Kelley Blue Book value, as opposed to the 85% of the manufacturer’s base suggested retail price. BallotPedia mentions I-976 is the repeal to the authorization for certain regional transit authorities, like the Sound Transit, to add motor vehicle excise taxes. Excise taxes are taxes paid when purchases are made on something specific, for example, highway usage of trucks. Kittitas county passes I-976 while King County plans to sue over the limit of taxes on car tabs.

Voters approve amending the constitution, providing more power to state government regarding natural catastrophic events. This resolution gives the state the ability to enact other measures as may be necessary during periods of emergency resulting from a catastrophic incident or enemy attack, according to the Washington votes website.

CWU alumni Nancy Lillquist, candidate for County Commission, started work in the City Council. The county commission looks over public health, land use, oversee day to day activities, among many other things.

“Only 12% of registered voters ages 18-24 voted compared to 60% of 60 and older” according to Lillquist’s field manager, Karen.

Tabb mentions that if students vote, collectively, they can have an impact. Locally, Tabb mentions that students can have a voice in many issues, for instance, the police force and environmental consumption. Voting was how students could get incorporated with the Ellensburg community, according to Tabb.

Lillquist mentioned that by not voting, you allow the older generation that has a different view point and needs to make decisions for you.

Freshman Sofia Hernandez, a registered voter, planned to vote for the presidential election, but didn’t know about the county which is the reason she didn’t turn in her ballot.

Hernandez registered to vote at CWU to pet the goat, but she choose not to vote for candidates that she did not have a strong holding for. She had strong opinions about the people eligible to vote but do not.