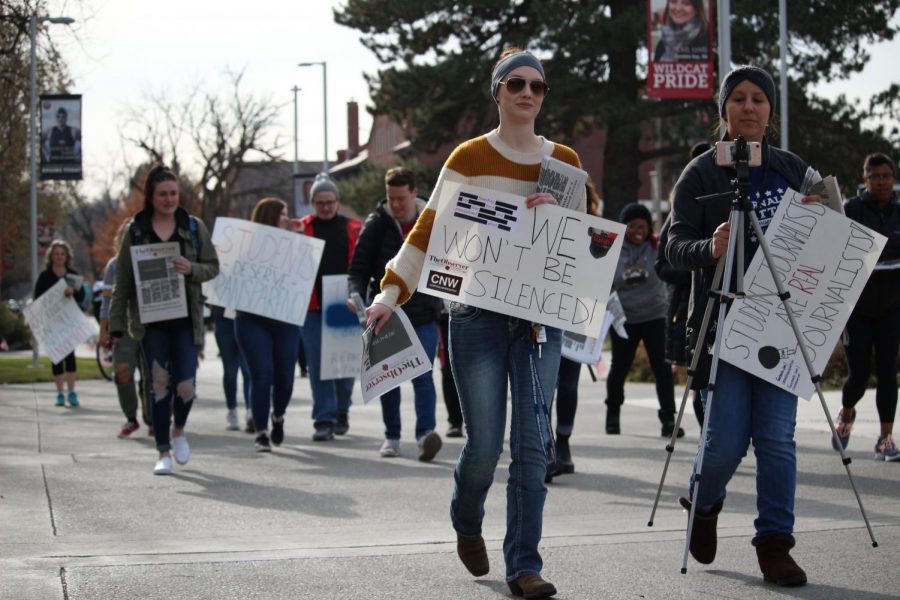 On Nov. 6 The Observer released a story titled, “The Observer stands for a free and unregulated press.”

Today, student journalists and supporters stood outside of Lind, Bouillon and the SURC protesting against administrative regulation and censorship, according to The Observer’s Facebook page. Protesters handed out newspapers, chanted and talked about the story released yesterday.

The university released a statement earlier today regarding the recent events with student media.

“Central Washington University in no way censors its students,” the statement said.

“As part of this learning and teaching opportunity, on occasion, we have requested that the  topics or subjects of an interview be provided in advance in order to allow the person being interviewed an opportunity to prepare informed answers. The intent is not to require that all questions be submitted in advance but rather to offer some context for the interview so the person being interviewed can provide informed responses,” the statement said.

Later in the statement, the university said CWU leadership has spoken with ASCWU President Jasmin Washington who is scheduling a forum with student media to discuss the issues.

“The Associated Students of Central Washington University officers work to represent all students equally and fairly and to ensure that their voices are heard,” the statement said. “ASCWU respects and appreciates that student media has exercised that voice.”

In today’s statement, the university says they requested topics or subjects in advance but as the screenshots below show, the university has said interview questions need to be approved prior to scheduling interviews. 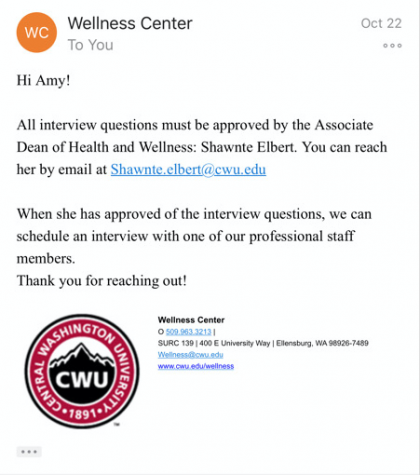