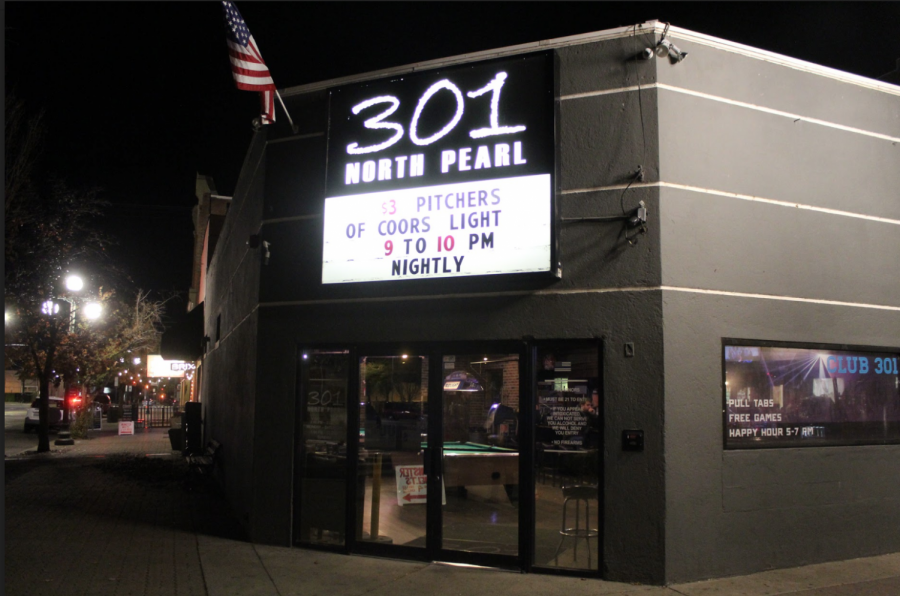 Under new nighttime management, Club 301 has made changes to make the bar a safer and more appealing place for CWU students to go to on weekends. Son of the owner, Ryan Kellogg, recently took over as the nighttime manager and immediately made some changes to aspects of the bar that had gotten a bad rap in the past.

Kellogg quickly got to work on changing this image with a new revamped staff.

Kellogg hired a mostly new crew of bartenders who all have ties to CWU. Kellogg believes that this will help build a connection with the college and make the bar seem friendlier to students when they are out on Saturday nights looking for fun.

Club 301 also added an extra bouncer in the outside area where there used to only be cameras. Kellogg hopes that by adding an extra pair of eyes in the back, people will be deterred from acting out and keep a friendly, safe environment at the bar.

The main focus Kellogg had when he took over the job was to make sure that the bar was a safe place for women.

“We did enact some new rules to make sure that females do feel comfortable. I’ve heard that that’s beginning to be a bigger and bigger issue,” Kellogg said. “Having that kind of reputation really hurt me, and that was one of the major things I wanted to turn around right off the bat.”

Kellogg and Club 301 still recommend that no one leaves their drink unattended, but if someone did so on accident, they have a way to make sure that the drink is safe to consume. Club patrons are also encouraged to tell the staff if anyone has been making them uncomfortable. Then the staff will adequately handle the situation to make sure that everyone is safe.

Students have noticed the new changes right away. Patrick Randle, a CWU student who has been to Club 301 since the latest changes felt that Club 301 was a fun and safe bar.

“I feel like if anyone wanted to go to a bar, 301 would be a good bar to go to see what the bar life is about,” Randle said.

Christian Hill-Sanders, another student, felt that the bar was an excellent place to have fun.

“I always feel safe, and 301 is a great place to have a good time,” Hill-Sanders said.

Kellogg is trying to create a safe environment at Club 301, where people can go on weekends and have a good time. Kellogg hopes that the new safety features will be an excellent start to accomplishing this task.