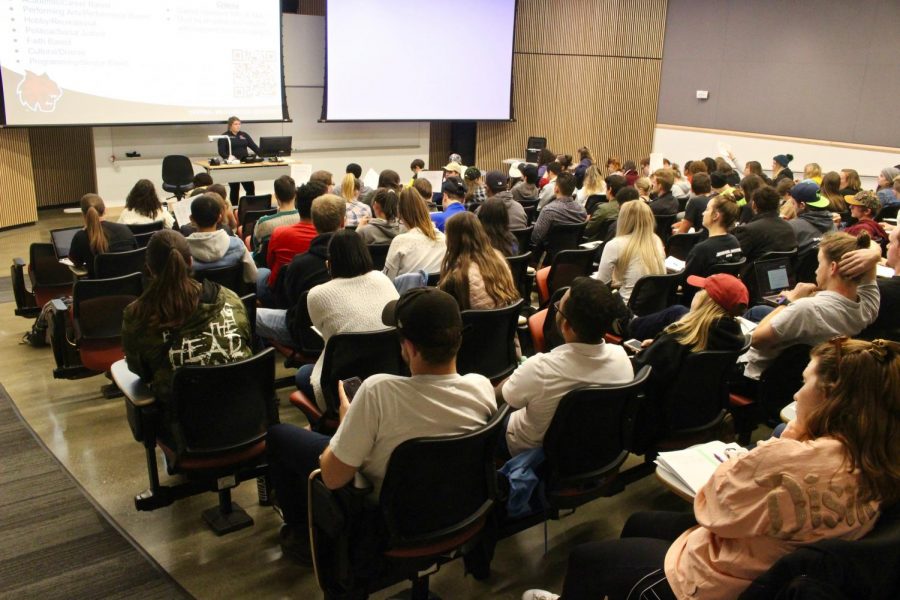 CWU’s Club Council held their first meeting of fall quarter on Oct. 9 to discuss the addition of a Funds Council. The hot topic of the night for the club representatives was the change in how clubs could get money.

The plan was to discuss a Funds Council that would control the decisions when it came to who got funding for the activities that the clubs wanted to attend. There would be seven different representatives that represented all of the clubs that fall into their category. These representatives would be voted in by the members of the Club Council to get extra training on how to balance their budgets.

Last year the Club Council ran out of money during the spring quarter, and everyone involved knew that changes needed to be made to make sure that this never happened again. Michael Middleton, student engagement coordinator, and Ashley Klippert, ASCWU Vice President of Clubs, were put in charge of making new policies to stop Club Council from running out of money. According to Middleton, these discussions can be tough.

“Funding is a beast of a conversation. Part of that is due to the structure that was previously in place with all of clubs and student government, in that there was no support and guidance in the funding process,” Middleton said.

There were instances in the past where students voted yes on all money decisions, leading to the council running out of money.  Many representatives at the meeting complained that they had seen this happen in Club Council over their four years at CWU. Middleton and Klippert set out to make sure that they could help students have a better understanding of balancing a budget to fix the frustrations of previous years.

Klippert said that by creating the Funds Council, students wouldn’t have to jump through as many hoops as they did in the past to get money for their clubs.

“Another thing is it being a Funds Council paired with [Student Academic Senate]  eliminates the clubs amount of times they are going to present at different places for funding. It will give them a centralized place they can go and get their funding rather than several areas,” Klippert said.

Middleton and Klippert worked together as they tried to find the best policies to make sure that the club had a good starting point for when everyone came back to school. Once Club Council was back in session and meeting twice a month, they presented their ideas to the council to see what the representatives thought.

The Club Council debated for over an hour on how they wanted to make the Funds Council with the right amount of representatives to accurately represent all of the clubs.

At the end of the meeting, it was decided that more time would be needed to discuss and create a Funds Council that would satisfy the wants of every club. This discussion was frustrating for club representatives like Lauren Miller, the representative for Her Campus, who felt that the conversation went in circles. Her Campus is an online newspaper for women on the CWU campus.

“We were talking for an hour, and we didn’t reach a conclusion,” Miller said. “I’m hopeful that we will be able to figure something out [with the Funds Council].”

While the meeting Wednesday night might not have covered as much ground as representatives Klippert and Middleton might have wanted, everyone sounded optimistic with the beginnings of the Funds Council. The council will meet in two weeks to continue the discussion they started this Wednesday to create a Funds Council that everyone likes.