Protect your brain, wear a helmet 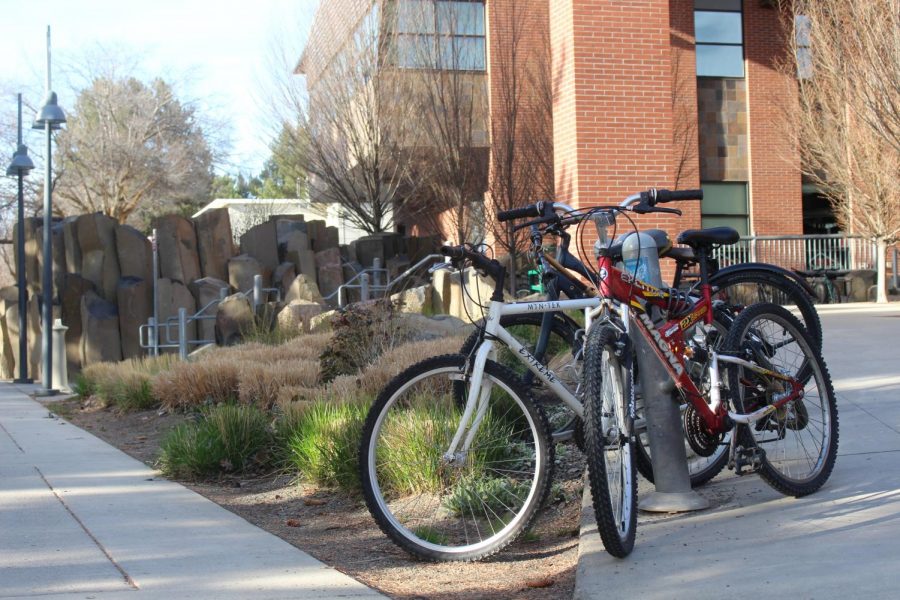 If you don’t wear a helmet when you’re riding a bike, you are gambling with your life.

I ride my bike almost every day. I strap on my helmet, hop on and ride to class and work. I don’t think twice about putting on my helmet because it’s what I’ve been taught my entire life. And until recently, I never questioned that decision.

I grew up on a bike and I’ll be honest, I relied on training wheels much longer than I should have. As a child, I was never allowed to ride my bike without wearing a helmet. I would be scolded, reprimanded for such an offense. I was taught that if I fell off, the helmet would protect my head from injury. It was always a safety precaution.

It shocked me last fall when I came to CWU, where so many students ride their bikes without helmets. I bet that less than 20 percent of the people I see riding bikes are wearing helmets. People pull up beside me at the bike rack and I always look to see if they’ve donned their protective lid. If they are, I thank them. If they aren’t, I scowl. It’s always been about safety for me.

Last week, my fiancé fell off her bike and hurt herself in the accident. A few bruises, scratches and a sore knee, but otherwise unharmed. But she wasn’t wearing her helmet. Thankfully she didn’t smack her head on the curb or come close to whacking her head on the pavement.

But what if she had? What could have happened? She and I often disagree about wearing helmets. I say, “wear them all the time.” She says, “I’m only riding from building to building and home.” But what about the possibilities of crashing between classes? I have never wanted to take the chance. Let’s just say she now wears her helmet.

I didn’t know there was so much controversy revolving around helmet usage. I didn’t know I’d stumble into a pile of articles against wearing helmets. I just assumed everyone wore one.

The article, “It’s ok if you don’t wear a helmet,” by Jen See for bicycling.com pretty much sums up her point of view in the title. She never really states her personal opinion in the article, but tells the reader that she really only wears a helmet when she deems her bike ride as “less safe.” If she’s not riding down a twisting backcountry trail where falling off the bike may be a possibility, or rolling out for a long road ride where she might encounter heavy traffic and travel at higher speeds, she feels like there’s no need to wear a helmet.

See takes a totally different direction in the article when they begin to reference a study that the Toole Design Group conducted in 2016 titled “Cyclists’ Helmet Use and Fatality Rate by Country.” This study looked at data regarding helmet usage and fatalities in the U.S. and several European countries. The U.S. was ranked highest for helmet usage, with 55 percent of riders strapping on a lid before taking off. The Netherlands was ranked the lowest, with helmet usage at less than five percent. The U.S. was then ranked as the highest for deaths/billion km cycled at 45. The Netherlands only faced 10 deaths/billion km cycled.

This information bothered me. How can you argue helmet safety in this context? What about those times when a cyclist gets hit by a car? I doubt anything less than a full body of armor could protect you from serious injury or death in this instance. I think there are a lot of holes in this data. Sure, the Netherlands may have a “cycling culture” that makes riding a bike safer, but it still shouldn’t be compared to the U.S. in terms of deaths that occurred while wearing a helmet.

See takes the article from being about helmet usage to arguing that it’s not helmets that we should be worried about, but “advocating for more and better bike lanes.” I agree that having distinguished bike lanes and educating motorists about cyclists on the roads is much safer. But does that mean we should stop wearing helmets?

See references Carlton Reid, founder of “BikeBiz,” an online and print cycling trade news source. Reid wrote an article for “Forbes” on the topic, titled “I Do Not Wear A Bike Helmet.”

Reid argues that if we want to put on a helmet for bike riding, maybe we should be wearing a helmet while walking over a patch of ice, before climbing into a car to drive to the grocery store or even before stepping into the shower. He says that we take all of these tasks for granted and each has the potential for causing a serious head injury.

Still, I see no reason why I shouldn’t wear a helmet when I’m on my bike. Maybe I’m only riding from Lind Hall to the SURC. Or maybe I’m riding from my house in Ellensburg out to Kittitas. If I can wear my helmet and prevent a head injury, I will wear it. No, I doubt my helmet will protect me from the grill of a two-ton automobile hitting me at high speed, but it just might save me from splitting my skull open when I fail to unclip from my pedals at an intersection and hit the dirt.

So the next time I see you rolling past me on campus, I hope to see you wearing a helmet.