Track and field competed at Nationals 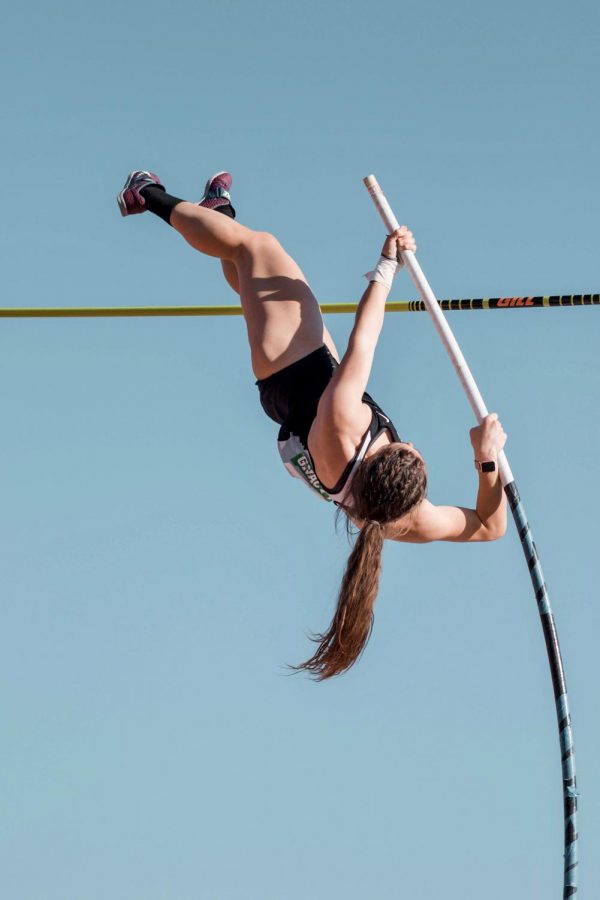 CWU Track and Field sent seven athletes to Kingsville, Texas for this year’s NCAA Division II Outdoor Track and Field Championships. Here’s a look at how each athlete did in the events they qualified for.

Halle Irvine finished 15th out of 24 women competing in the pole vault. She cleared the first progression of the event at 3.68 meters but was unable to clear the next level at 3.78 meters. At the Indoor Championships earlier this year she cleared 3.83 meters and her personal record came at the Western Washington University Ralph Vernacchia Invitational with a height of 3.9 meters.

Erykah Weems finished 10th out of 20 women in the prelims for the 400-meter hurdles, with a time of 1:00.43. The event takes the top eight athletes for the event out of prelims to the final. Weems won the event in the GNAC Outdoor Championships this season with a time of 59.08 seconds.

Alexa  Shindruk ran the 10,000-meter with a time of 38:04.69, good enough to finish seventh out of 20 women competing in the event. The hot and humid weather caused her, along with all the other athletes in the event, to run at a slower than usual pace. At last year’s GNAC Outdoor Championships she ran the event over two minutes faster. In the 5,000-meter run two days later, Shindruk finished seventh once again (out of 20) with a time of 17:27.70 seconds. The first place time in the 10,000-meter was about a minute and a half faster than Shindruk’s, but in the 5,000-meter Shindruk only finished 17 seconds behind the leader.

The men’s decathlon consisted of 16 athletes. The event began with the 100-meter sprint. Maier ran a time of 11.33 seconds to take ninth place. He then took 12th in the long jump with a jump of 6.70 meters. In the next event, the shot put, Maier threw a length of 11.35 meters to take 13th. He then took 10th in the high jump with a jump of 1.85 meters. At the end of the first day Maier ran a time of 52.53 seconds in the 400-meter to take 12th. The first event of the second day was the 110-meter hurdles. Maier took fourth in the event with a time of 15.14 seconds. He then took seventh in the discus with a throw of 36.57 meters. Maier continued to stay in the top 10 of the second day events placing sixth in the pole vault with a jump of 4.40 meters. In the second to last event Maier once again finished top 10 with a 47.27 meter throw in the javelin, good enough for eighth. To close out the decathlon, Maier finished fifth in the 1,500-meter with a time of 4:40.63 seconds. Maier’s drastic improvement from day one to day two resulted in a seventh place overall finish after being in 13th halfway through the event. He finished with 6,854 points.

Head coach Kevin Adkisson told CWU Athletics he was “super proud” of the performance of the team.