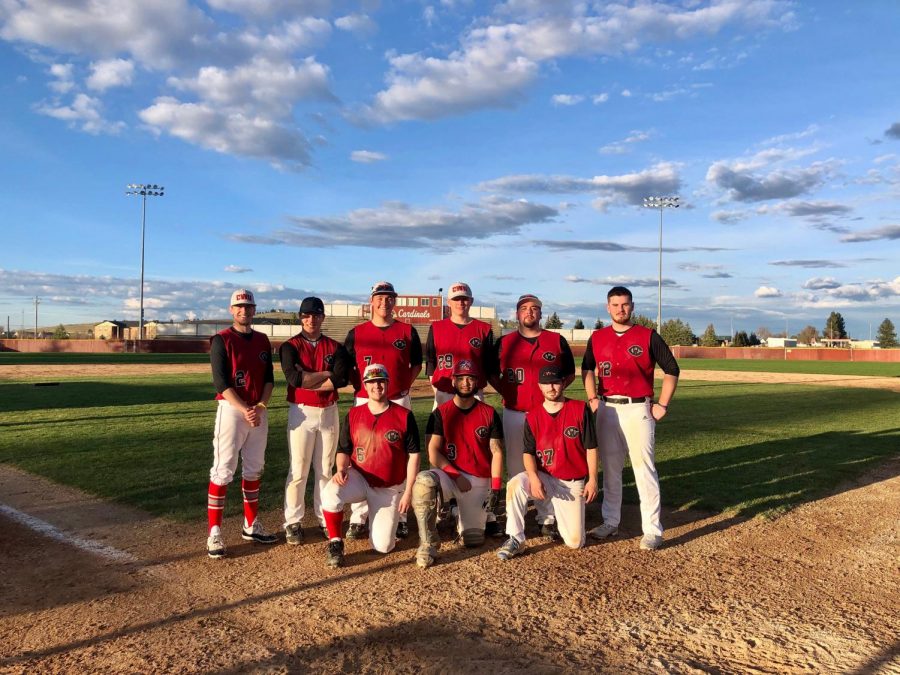 Club baseball had their first game ever in April 2019. The season started late and only allowed for four games to be played. They had about 12 players turn out but expect to have 30 or more in next year’s season.

There’s a new option available for students who play baseball but didn’t make it onto CWU’s team or just want a chance to play. CWU Club Baseball had its first season after being formed this year, and is looking for new recruits for next year’s season.

Club Baseball President Pete Ramsay said that he had the idea to start club baseball after attempting to join the Wildcat baseball team. Ramsay said despite the fact he and many other players did not make the team, he saw a lot of guys there who could play.

Ramsay said that he began the process of starting a new club in the fall. He said there were a handful of hoops that had to be jumped through getting the club sport off the ground, including paperwork from his players, organizing practice schedules, securing field time and writing up a “constitution.”

Ramsay is a pitcher on the team, but also acts as a player-coach, runs practices, draws up plays and leads the team in games.

The club plans on playing in the National Club Baseball Association (NCBA) Division I League next year. Ramsay said they weren’t able to join the league this year because of how late they started playing this year.

According to Ramsay, the club had about 12 players turn out for the inaugural season. He said that this made their four-game-season sporadic as many players could  not make it to every weekend game. He said that next year he expects a much larger turn out and that he is already aware of a handful of players who want to join.

Despite the shortage of bodies on the field, Ramsay said they never had to cancel a game. He said that even when they didn’t have enough players to fill every fielding position, the opposing teams would supply them with players of their own.

“We’re looking for guys that can play, want to compete and want to give 110 percent,” Ramsay said.

Shortstop Eric Fich said  he enjoyed playing on the club. Fich had taken a few years off of baseball prior and said he was grateful for the opportunity to play again. His highlight from the season was going out with a win against Gonzaga University’s club team.

“With the short amount of time we had, I think we did a good job of being organized enough to schedule some games,” Fich said. “I think that things are going in the right direction.”

Pitcher Connor Davis said he was only able to make it their last game against Gonzaga University. He said although he hadn’t gone up to the plate to bat in over four years, he was able to pull off a triple.

“I would tell [prospective players] it’s honestly a great way to meet people and make good friends,” Davis said. “There’s some people that I never thought I’d meet or hang out with, and now we’re all really good friends. It’s a great experience.”

Ramsay said players who are thinking of joining can send him a message on their club’s twitter or instagram accounts, their handle on both sites is @cwuclubball. He recommended that this be done sometime in fall 2019 as they have concluded this year’s season. The price to play will be $250 in both the fall and spring quarters.

According to Ramsay, the $250 per quarter will go right back to the players. The money is used for gear, housing and other costs associated with travel. He said the NCBA also supplies them with some gear and uniforms.

Ramsay said that he was proud of the way the club played in their short season, ending up with a 2-2 record. He said he is optimistic for the next season.

“That was just with the talent that we had. With the guys who might join next year, it could be whole different ball game,” Ramsay said.