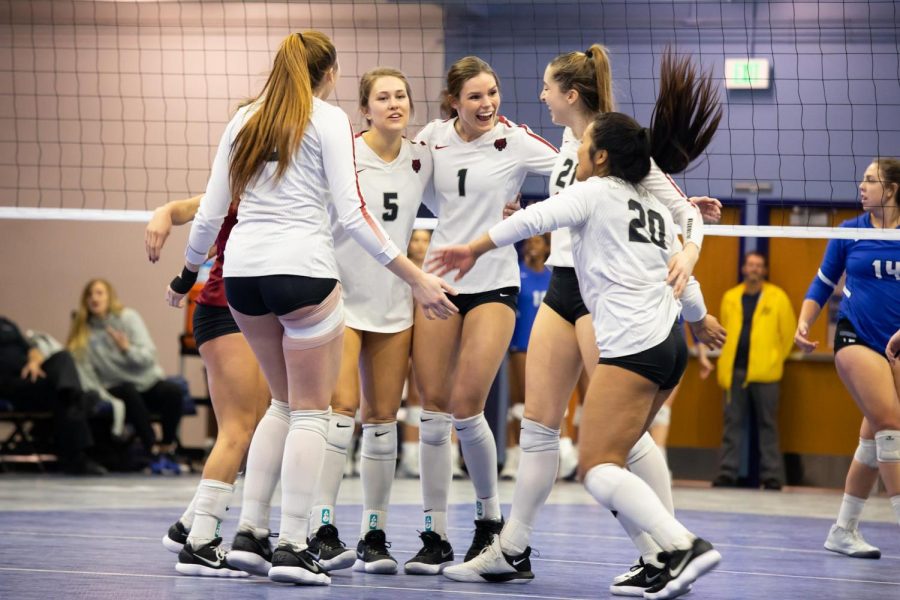 CWU Volleyball is moving into the last few months of their offseason. The 2019 season will begin with a double header on Sept.6.

In November 2018, the CWU Volleyball Team wrapped up their season. The Wildcats finished 23-6 overall with a 16-4 conference record, according to the Wildcat Sports website. The team was able to make it to west regionals, winning the first game 3-2 against California State University, Los Angeles. The Wildcats went on to lose in the single game elimination tournament to number one seed California State University, San Bernardino 1-3.

After a break in play from November to April, the Wildcats geared up to host Portland State University in a controlled scrimmage on May 3. The scrimmage had both Webb sisters, Bridgette and Parker Webb, on both sides of the court. According to the Wildcat Sports website, head coach Mario Andaya has coached both Webbs. He coached Bridgette Webb as CWU’s head coach and Parker Webb in club volleyball in past summers.

“Parker and Bridgette are both very savvy players,” Andaya said. “They see the game well. They find ways to score. They maximize their physicality as best as I’ve seen. They both show very good composure.”

Now that the scrimmage is over, it’s time to work on getting better for next season, according to Andaya. Andaya said a lot of things need to happen to make the postseason again next year. He said it is about carrying over the positives from this season, into next season. Andaya said he was happy to have junior defensive specialist/libero Kyla Morgan back for next year. She led the team with 596 digs and was named to the all-conference team. Andaya hopes to utilize outside hitter Makala Swart who was also named to the all-conference team last year. According to Swart, she believes that she has improved in her confidence and fundamental skills on the court. However, according to Swart, her biggest improvement is in her mental game. Swart said she feels like she is a lot more vocal on the court, because she is more comfortable with her teammates. She thanks them and coach Andaya for that.

Andaya talked about buying into the team and the way he coaches. He said that if every player can buy in and play their best every day, then the team has potential to be competitive again this season.

“I think it really comes down to the fact that he is such a great coach and you can see his love for the game in everything that he does,” Swart said. “Like the way he sets up our practices. The way that he plans every single thing out. The way he looks so much into detail, you can really tell how passionate he is.”

Andaya said the team will also need its younger players to step up and start getting more comfortable on the court. According to Andaya, it is a learning process but he believes in his younger players, like red-shirt freshman Kylee Yamashita who is from Pukalani, Hawaii. According to the Wildcat Sports website, Yamashita was named to the All-Star Division First Team as a senior in high school.

“I think I have really improved on just focusing on myself, and bettering myself every practice. Being that I am very young, I know it is easy to get discouraged seeing all of these older players killing it everyday,” Yamashita said. “I know that it took a lot of hard work and dedication for them to get to that point, so I just have to take a step back and evaluate myself and know that I am going to be at that point one day.”

The Wildcats will start their 2019 season against Northwest Missouri State University and then against number 17 ranked in the nation Drury University in a double header on Sept. 6 in Topeka, Kansas.