Culture on stage at PolyFest 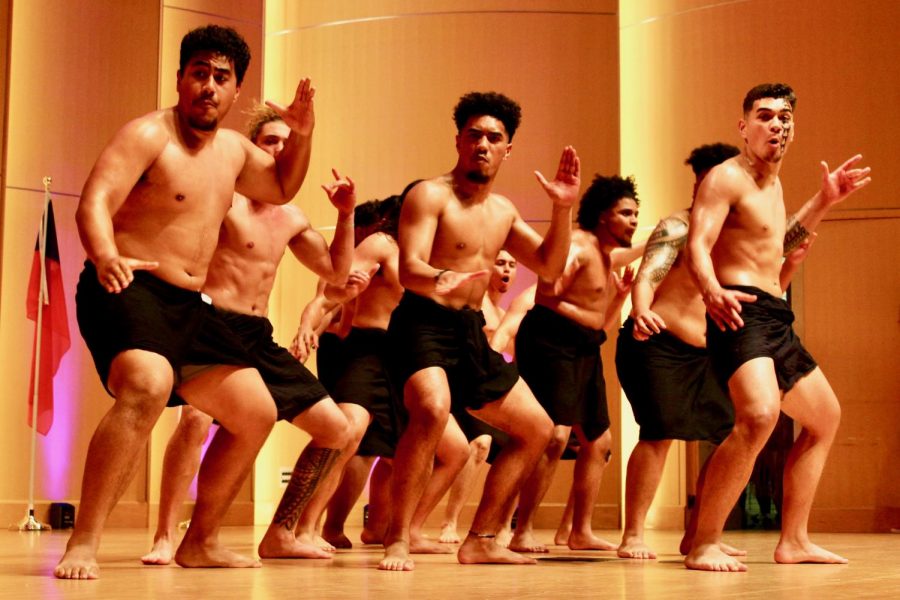 There’s a variety of clubs that focus on culture at CWU. One of those clubs is PolyCentral. Every year, PolyCentral hosts PolyFest, a celebration of Polynesian culture with food, dance and other activities. The event focuses on bringing people of any race or background together.

This year, the celebration kicked off with a barbecue on the Barto Lawn. The barbecue had foods such as rice, macaroni salad, barbecue short ribs, barbecue chicken and Kalua Pig. Later in the evening the event had performances, special guest appearances and trivia in the McIntyre Concert Hall.

While the event was free to CWU students, only 300 tickets were given out to attend the barbecue. The tickets were sold out prior to the date. The evening activities were first come, first seated. The performances highlighted cultures from the islands of Fiji, Hawai’i, New Zealand, Samoa, Tahiti and Tonga.

PolyFest Student Programmer Britanie Martinez said PolyFest is a big annual event on campus  and is happy it stayed that way once again this year.

“I think it’s a huge thing for all the Polynesian students out here in Ellensburg to showcase their culture,” Martinez said. “I think PolyFest is always a big turnout and I feel like every year there is a group of people out here that always looks forward to PolyFest.”

Martinez is a senior and wanted her final PolyFest to be a good one. She gave all that she had into this year’s event.

“We hit a million bumps in the road where I was so close to cancelling PolyFest but I slept on it, I took time to think about it… putting this on makes me really happy and I guess seeing the outcome of it makes me even more happy,” Martinez said.

The event was presented by the Diversity and Equity Center as well as PolyCentral, the Polynesian-student club on campus. Vice president of the club Destiny Vaiolo thinks that keeping culture alive is one of the reasons PolyFest is important.

“It’s a good way to have the Polynesian students get together and feel like they can have a safe place to be with people that look the same as them,” Vaiolo said. “Also we don’t just have Polynesians in our group… you’re allowed to be anything, you can just come and hang out with us, you can dance with us.”

One dancer in this year’s PolyFest was Jonah Auvaa. For Auvaa, dance is only a small way to showcase Polynesian culture.

“Polynesian people have a reputation for being some of the friendliest people you can meet,” Auvaa said. “It’s really a small way to get our culture out there and show people what we’re about. Dance is a little part of it, but it’s also a big part too.”

Auvaa looked forward to finally getting on stage and performing after practicing and preparing for the event for about three months. Auvaa is a student-athlete on the men’s rugby team, but that doesn’t stop him from participating in dance practices for PolyFest.

“A lot of us play sports so it’s like ‘go to weights, practice and then go straight to dance’ when we’re all super tired,” Auvaa said.

One Polynesian dance you may have recently seen in person or on the internet, called a “haka,” was performed in the McIntyre Hall for the event. According to media.newzealand.com, the haka is an ancient posture dance of the New Zealand Māori that was traditionally used to prepare a war party for battle. The New Zealand national rugby union team “All Blacks” made a specific type of haka popular, a choreographed dance and chant called “Ka Mate, Ka Mate.”

After the New Zealand Christchurch mosque shootings in March, hundreds of high school students and other New Zealanders gathered from around the country and performed the haka dance to honor those that were killed and injured in the shooting.

Students that are a part of Poly Central participated in dances to celebrate Polynesian culture. Anyone is open to attending the dance practices leading up to PolyFest to take part in the once-a-year opportunity. More information on joining the organization can be found on Poly Central’s Instagram page @cwupolycentral.