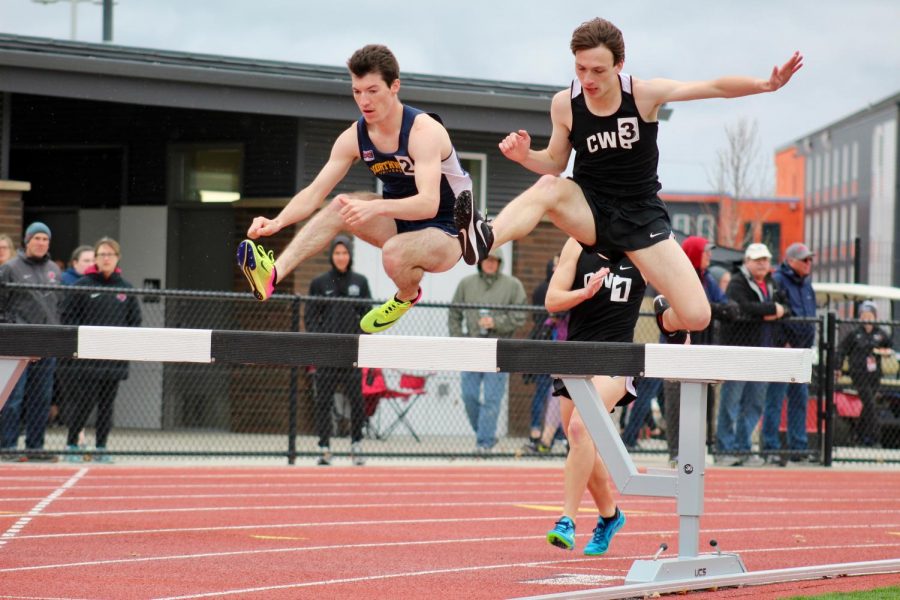 The CWU women’s track team is ranked 5th in the U.S, making them a top-ranked team in the nation.

The CWU Track and Field season is winding down to its final two events. This weekend, the team will travel to Monmouth, Oregon for the GNAC Outdoor Track and Field Championships.

The GNAC Outdoor Track and Field Championships serve a double purpose. According to the GNAC website, athletes qualify for the event by being top-20 in an event on the Track and Field Results Reporting System or by “meeting GNAC standards.”

The event is the last chance for athletes to qualify for the NCAA Division II Outdoor Championships, the final event of the year that takes only the top athletes from the GNAC and the rest of the West Region. As a team, it’s a chance for both the men and women’s sides to take home the team honors for winning the GNAC Outdoor Championship. Because of this, sprints and jumps coach Bryan Mack is excited to see how certain athletes do, as well as how the team does as a whole.

“We always expect to win really,” Mack said. “We’ve been top of the conference as far as women and men have been building up and I think this is the first year going into outdoors where both teams are top tier and both teams are looking for a team championship.”

One athlete that Mack coaches is senior Aujanique Doss. Doss has qualified for the women’s 100-meter, 200-meter and 4×100 relay. Doss considers helping her teammates win the GNAC Outdoor Championships a successful day.

“We’re building ourselves up together with competing with people and getting into the right mindset,” Doss said. “It’s just another day at the track, it’s not anything too big or too serious, just go in there healthy and prepared and do what I’m supposed to do.”

“We got a lot of good athletes on the team,” Whittaker said. “The girls’ team always has a pretty good shot at winning it, just comes down to a few events every year. The guys’ team has good athletes like I said… we’ve been getting much better.”

Other athletes set to compete in the GNAC Championships include HarLee Ortega, Brooke Williams, Sidney Trinidad, Braydon Maier and many others. Recently, at the GNAC-Combined Events Championship, Ortega set a new school record in the women’s heptathlon and automatically qualified for the NCAA Outdoor Championships. Williams earned GNAC Field Athlete of the Week in April when she set a new school record in the women’s long jump. Trinidad set a new GNAC record the same week in the women’s 400-meter hurdles. Finally, Maier scored 7,005 points in the men’s decathlon back in April, good enough for second-best in school history.

Junior Halle Irvine qualified for pole vault and long jump. For the event, Irvine hopes that everyone has a good day and comes together to win as a team.

“Our girls’ team is definitely capable of winning. We can definitely win several events at the meet and score in almost all of them so hopefully everyone comes and brings their A-game,” Irvine said. “Hopefully we can take home a trophy at the end of the meet.”