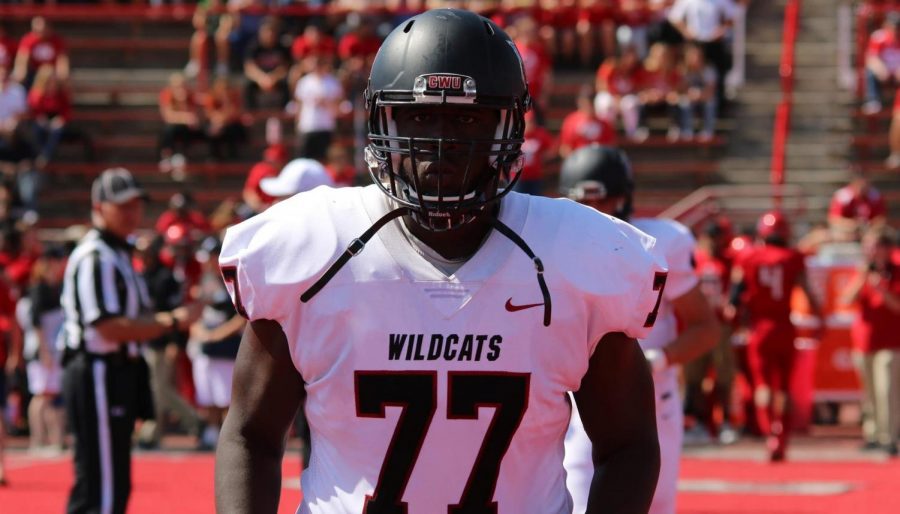 Senior offensive lineman James Moore has been invited to the Seattle Seahawks’ Rookie Mini-Camp. Moore hopes to hear about getting a contract with the Seahawks.

The NFL rookie mini-camp is a non-contact series of practices. There is no live blocking, tackling or bump-and-run pass coverage during the three days of the mini-camp. The players will not be wearing any pads, according to FOX Sports. Although these mini practices don’t stack up to full contact practices, it is still a chance for coaches to get a first look at conditioning and readiness of the players, according to FOX Sports.

The NFL Draft consists of 254 players being drafted over a span of three days. There are trades made and players from all college divisions are drafted, according to ESPN. Even after the draft ends, teams are still busy making front office decisions like signing undrafted free agents and extending invites to rookie mini-camps according to ESPN.  Moore is one of those unsigned and undrafted rookies who will be given a chance to compete for a spot on the team’s 40-man roster. The Seattle Seahawks signed 12 undrafted rookies on top of the 11 drafted in this year’s draft, according to the Seahawks’ website. Moore arrived Thursday morning to the Virginia Mason Athletic Center (VMAC) to begin his rookie mini-camp.

“When I first came to [CWU], I didn’t have much experience, and Coach Fisk told me I needed to change my whole game around if I wanted to make it to the NFL,” Moore said. “Coach Fisk was the first coach to ever be that brutally honest with me.”

According to Moore, he was a bit of a late bloomer in his football career. Moore began playing basketball at a young age and fell in love with the game. It wasn’t until his senior year in high school that Moore put on pads and started playing football. According to Moore, his friend wanted him to play football and Moore wasn’t interested but made a deal with his friend that if he played basketball then Moore would give football a shot.

According to CWU athletics Moore redshirted in 2014. He started nine games in 2015 and in 2016, he started all 10 games at left tackle. In 2017, Moore started every game and only surrendered two sacks all season. He was the leader of what ended being the nations 11th best rushing attack. In 2016, Moore was awarded All-GNAC second-team, GNAC all-conference first team, and Division II Conference Commissioners Association(D2CCA) and All-region second-team. In 2017 Moore was awarded All-GNAC first-team, D2CCA All-region first-team, and D2CCA All-American.

“I knew I had the potential to be good, but I didn’t really know how good yet,” Moore said.

Moore said his family is his biggest inspiration. He said he only had this opportunity because the people around him supported him and got him where he is today.

Moore said his family faced financial struggles growing up, and that if he could play professionally then he would be able to give his family a better life.

“I am not comfortable until my family is comfortable,” Moore said. “ If I can make it to the NFL then my family will never have to struggle ever again.”

Moore remembers all of the people along the way that said he couldn’t make it to the NFL. He said that a lot of people told him that his dreams were too big, and he was wasting his time. Moore never let those negative words affect his work ethic, and his belief that he could make it to the pros if he was given the chance.

Moore will find out in the next few days if he will get a contract with the Seattle Seahawks. According to Moore, he is one of six players to be asked to do a physical for the Seahawks.