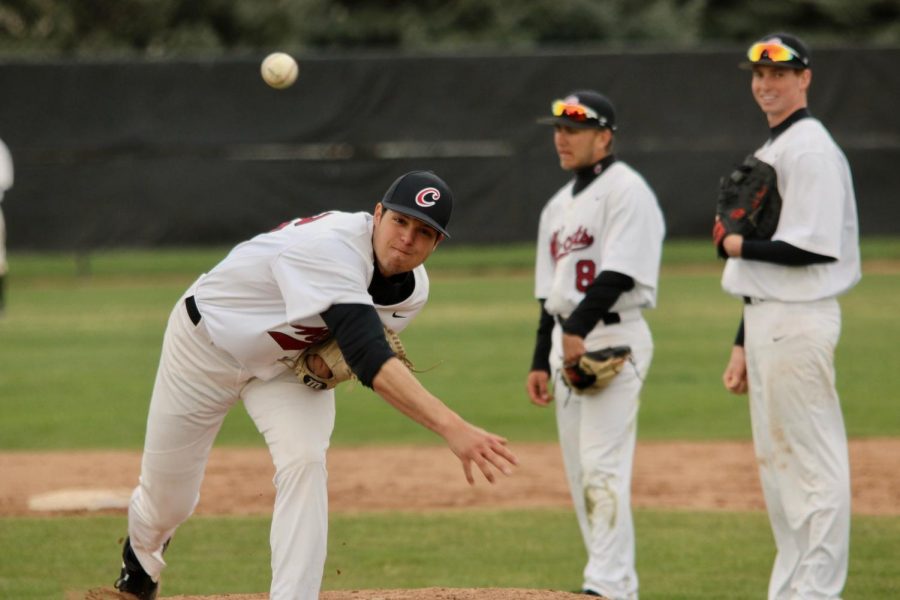 Baseball has been working hard throughout the season. They will travel to Monmouth, OR to compete in a four game series against Western Oregon University for Easter weekend.

CWU baseball will take on Western Oregon University in a four game series this coming weekend. On April 19 the Wildcats will take on the Western Oregon Wolves at 1 p.m. and 4 p. m. On April 20 they will play the Wolves again at 1 p.m. and 4 p.m. According to the GNAC website, the Wildcats are 14-20-1 and are in fifth place in the conference. The Wildcats are seven and a half  games behind first place team, Montana State University Billings. Last weekend, April 12 and 14, the Wildcats lost three out of three games against St. Martins University. Head coach Desi Storey said there were some issues with the offense, but pitching seemed to do just fine. CWU has 12 games left in their season. Storey said the Western Oregon series will be important but that every game is important. Storey also said CWU’s offense is starting to come together, and that is why the team is playing better. The GNAC website shows that the Wildcats could still win the conference. CWU has to beat Montana State University Billings first.

“I think for any team to gain six games on any team, some things need to really go in your favor,” Storey said. “If we play good ball, and there’s a hiccup, then we still have a chance.”

“We’ve been sticking to our approach that coach wants, and we’re just trying to put the ball in play, and hit it on the ground, cut the ball in half and just make things happen,” Hampson said.

Storey believes you can only focus on the here and now. Western Oregon is next up for the Wildcats and they are sitting in second place in the GNAC just a game and half behind Montana State University Billings, who Storey said is a power hitting team. The Wolves have just as much to play for as the Wildcats regardless of the standings, so the series will be important, according to Storey. Lesmeister said the Wildcats still have a good chance at winning the GNAC if they can play their best baseball.

“We just need to play our baseball. The second of the season is kind of like a new season,”  Lesmeister said. “I feel like we were in a lot of the games that we lost, so if we just fix the little mistakes and start clicking on offense, we can win a lot of games.”