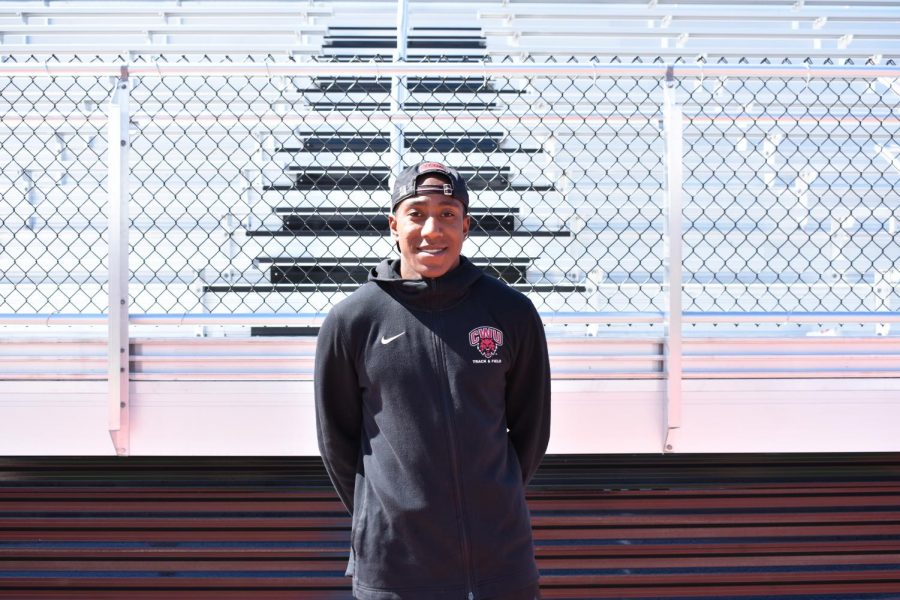 Whittaker is taking it easy after coming off a succesful indoor-season and placing eighth in the GNAC championships, but is still working on improving himself.

Zach Whittaker has been proving himself as one the Wildcats top jumpers. Awccording to Wildcat jumps coach Bryan Mack, Whittaker is coming off a great indoor-season, which concluded with him placing in the GNAC championships in eighth place.

“At first it didn’t feel like anything special, and then when I saw the number come up and I was like, okay, cool. I’m not the worst one here,” Whittaker said.

Mack said that Whittaker has picked up right where he left off last season, and has been going strong since. Mack said that because of Whittaker’s skill, they have the freedom to work on specific aspects of his technique at practice so that they can push him to be a more complete athlete.

Whittaker said one of his biggest challenges he faces with his performance is getting his jumps to count. He said about one in every six of his jumps end up counting.

Whittaker said he has been working on this problem by practicing a more consistent starting point to begin his jump.

According to Mack, Whittaker has had problems with his approach since he was in high school. Mack said that it used to be a lot more inconsistent, but in Whittaker’s four years at CWU, he has worked hard to improve it.

Whittaker said his attention to detail in regards to his technique is one of the things that gives him an edge over other competitors. He said he spends a lot of time on his phone studying videos that will help him tweak his methods and improve.

“I’ve gone up against people that are obviously way stronger than me, and I end up coming out on top because I just know how to move my body better,” Whittaker said.

Whittaker has only participated in one meet since the outdoor season began on March 9. Whittaker said he is a little banged up from the previous season. According to him, it’s nothing more serious than some tightness that accumulated over the course of the season.

“Coming off of nationals, [the coaches] wanted to give me a little break,” Whittaker said.

Whittaker’s track and field career began when he was in middle school. He said he joined the track team as a way to hang out with friends for a few hours after class, so it was mainly a way to socialize.

Some of the forces that have driven Whittaker to improve himself throughout high school and to keep competing in college, were his parents and friends. Whittaker said his parents were always supportive of his interest in athletics and his friends drove him to keep going.

In middle school, Whittaker got his start jumping in the high jump event. Once he moved into high school, his new coach decided that he was better suited for the triple jump event. He said he quickly realized he was good at the event and began to invest more into improving his numbers. After he earned second place at state two years in a row, Whittaker knew he wanted to continue competing.

Whittaker still has a few quarters of eligibility left before he leaves the Wildcats. He said he will most likely be back for the indoor season next year. After that, he plans to graduate with a degree in clinical physiology, and continue his education in graduate school.