Softball heats up as playoffs get closer 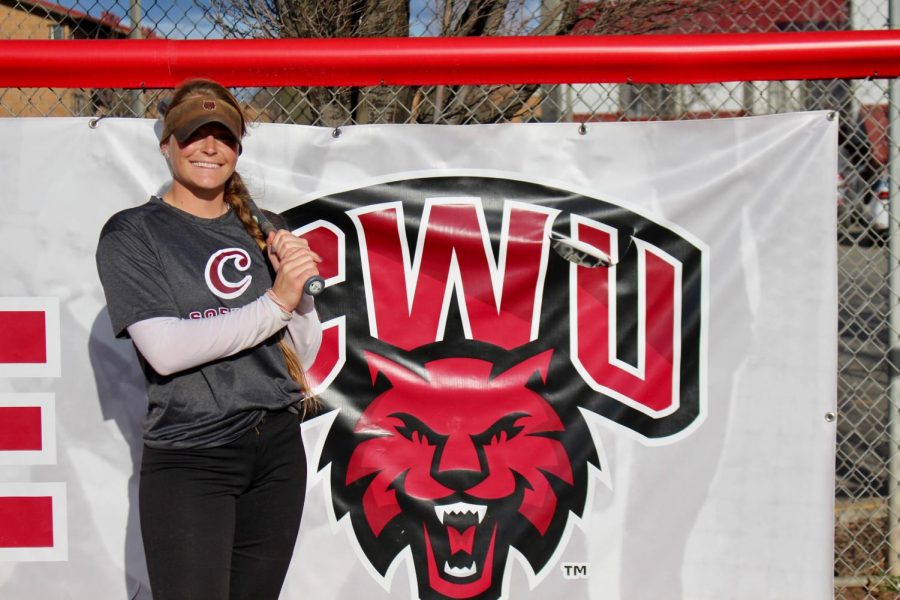 Senior Infielder Savannah Egbert has a .442 batting average and has a slugging percentage of .496. She also has a .519 on-base percentage.

CWU Softball is in the middle of a pretty good season, mid way through 2019. The Wildcats are in first place in the GNAC with a 22-12 overall record, and a 13-3 conference record. A one game lead over Western Washington University has the Wildcats thinking playoffs. Head coach Mike Larabee said that “it’s one game at a time.” Larabee has had a team at CWU go all the way to the semi-finals in the playoffs and almost make the College World Series. Larabee said this year’s team is the most complete team he has coached.

GNACsports.com said the Wildcats have played eight games at home in Ellensburg so this season. The Wildcats have played 34 total games, so over 75 percent of the Wildcat’s games have been played on away territory. Four of the remaining 12 games will be played at home, before the GNAC tournament begins. Coach Larabee said that there have been key players that have helped the Wildcats get to the top of the GNAC standings, although it has been a team effort to earn their success. Senior Savannah Egbert has had a standout season for CWU using her leadership skills to help push the women on the team. On top of her leadership, her bat has stood out as well, hitting a .442 batting average with a .496 slugging percentage and finally a .519 on base percentage. Larabee thinks Egbert is a big part of the team.

“I think I’m just trying to go big for senior year, and focusing, and taking every at bat seriously,” Egbert said. “We are always chasing perfection, and catching excellence.”

Larabee has said the same message all year to his Wildcats, that they need to always stay positive. He said that after games when the Wildcats meet up in the outfield to go over the game, Larabee always tells them that they need to talk about only the positives of the game. Even if the Wildcats don’t have a great game that day, they can at least reflect on some of the positive things that they did. Larabee points to the work ethic of the Wildcats, and their ability to stay positive even when they have to face struggles, like not being able to practice out on Gary and Bobbi Frederick Field. The Wildcats had to practice in the field house until the snow had melted off. Larabee said that the team has prospered through all of its challenges.

“We’ve been housed up in the field house, so this is only like our third practice out here on the field,” Larabee said. “It’s hard to keep up the enthusiasm and excitement, but they continue to work hard, and get better.”

Sophomore Theresa Moyle has been one of the leaders on the team according to Larabee. He said Moyle has been injured for the season and will likely play as many games as she can. Moyle said she is going to play as long as she can until her arm hurts too much, and she can’t play anymore. The injury may require a surgery in the future. Moyle has played well through her injury hitting .444 batting average with six doubles and seven home runs. Even with the injury, she is playing well according to Larabee.

“What I’ve been doing recently, is playing as many games as I possibly can before its just too much,” Moyle said. “Usually it’s one game, pushing two, but after that I am pretty much done.”

Sophomore Maddy Zerr has also been a bright spot on the team, according to Larabee. Averaging .356 batting, with already six home runs on the season, Zerr is trying her hardest to help the team win games any way that she can. Moyle says that Zerr is one of the most vocal players on the team, and is always yelling on the field.

“Going forward I just want to step up as a leader on the team, and work on handling all of the pitches, and not always focusing on power, but being a consistent hitter for the team,” Zerr said.

Moving forward, Larabee says the Wildcats know that they have a very good chance at winning the GNAC, but know that there are still 12 games on their schedule. Larabee said that anyone can beat them on any given day, so playing each team to their full potential and giving enough respect to the other team is very important.

“I just know that if we come out, and play to our potential, we can beat anybody in our region, and that’s a fact,” Larabee said.

The Wildcats will have an important four game series against Montana State University Billings in Billings, Montana on April 13-14.