Streamlining the Flow of Textbooks at the Wildcat Shop 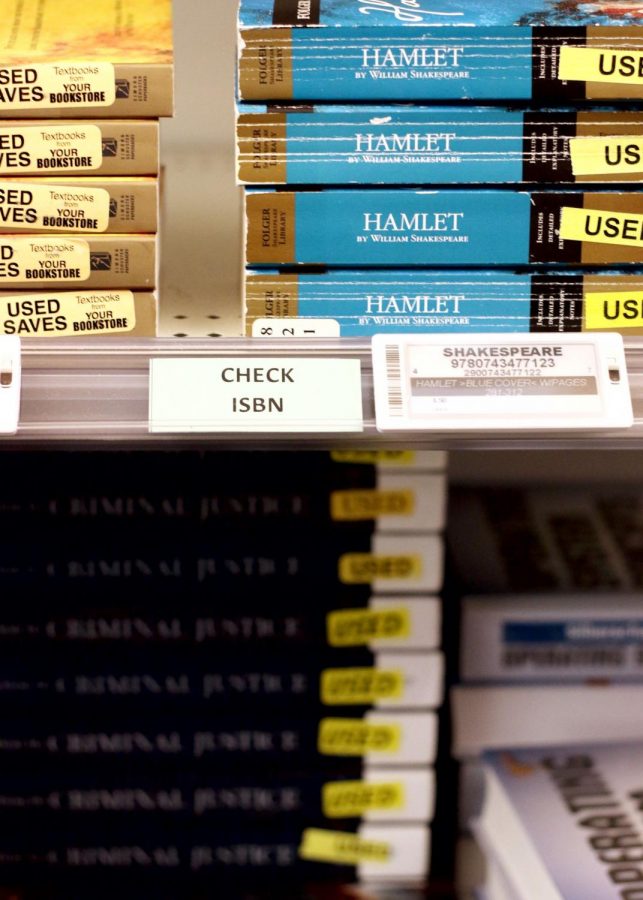 The Wildcat Shop’s bookstore has seen changes over the past few years, most notably the Fall 2017 introduction of the textbook counter, which is fully staffed by employees who retrieve items for students. This contrasts with the previous system where students would simply walk through the shelves and get the books themselves.

“The lines going up from the textbooks all the way to the register, they were ridiculous. Now it’s still a line but it’s usually not that bad,” Harper said.

“I hope people know, if you order online you can actually save yourself a ton of time because you just pick up a bag that’s already behind the counter,” Harper said. “You just come, pick it up and leave.”

According to student employee Zach Phillips, who has worked at the textbook shop as a cashier since March 2017, the changes have made the process run a lot more quickly and smoothly.

“I think this is a lot better. I only worked one ‘rush’ (textbook season) and I saw how crazy it was, but with the textbook counter I think it’s a lot more streamlined,” Phillips said. “I think it’s gone to an 8-minute wait. A lot of people think it’s slower because they have to go in two separate lines, but that’s better than the 20-minute wait in one line.”

Phillips said that the new system is a lot more accurate as well, with one bookstore employee picking the books and having aisles clear of students helps them do so quickly.

“Before, people would have to pick their own books and they would make mistakes and have to refund it and sometimes they would miss the deadlines for returns,” Phillips said.

Senter said that since the introduction of the textbook counter, returns have gone down. One of the big problems with students getting the wrong book is that they might be keeping that book from a student who needs it.

However, not all prefer the textbook counter. According to CWU student Crystal Nambo, some parts of the process are now more difficult.

“The wait, I feel, is worse and it’s harder to move around in the bookstore,” Nambo said. “You can get confused about where you’re supposed to go.”

As we approach the end of the quarter, students are starting to think about selling their textbooks back and getting back some of the money they spent. However, according to Harper and Senter, the number of students doing textbook buyback is going down. One reason is that the university is increasingly renting out books that are frequently reused rather than selling them to students who sell them back at the end of the quarter. Another is the rising prevalence of ebooks as opposed to traditional textbooks.

“We still offer the same amount for buyback, 50 percent of the new book price if they’re reused,” Harper said.