Mariners 2019 season will surprise most 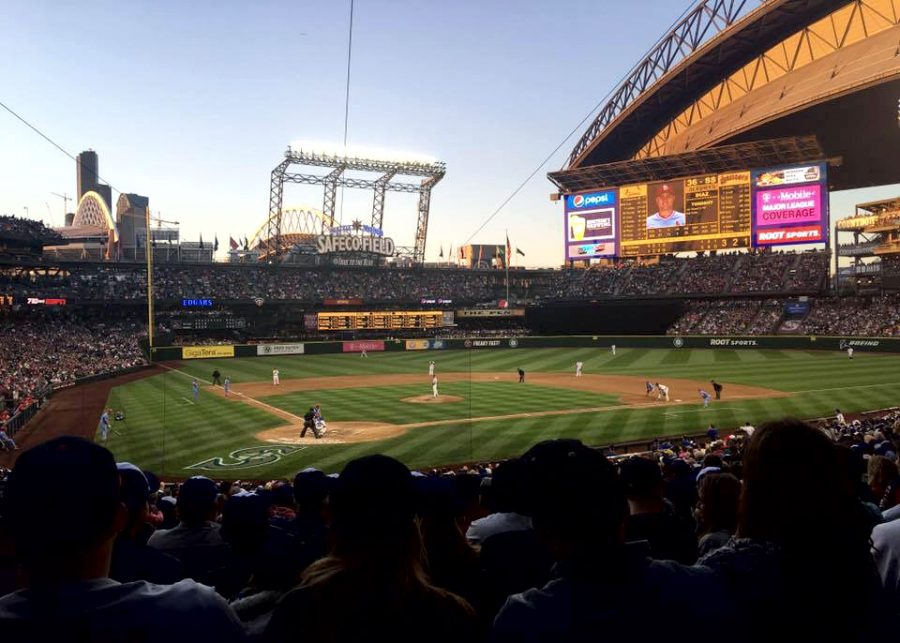 When the Seattle Mariners opened up their 2018 season, there was a lot of buzz around not just the Pacific Northwest, but the whole MLB. The Seattle Mariners hadn’t made the postseason since 2001. With a 16-year drought waiting to be snapped, it finally looked like it was going to happen by the All-Star break in 2018. But, like we had seen so many times before in Seattle, those hopes had diminished by August and were completely erased from Seattle fans’ brains by September.

Another October of postseason baseball came and went, and yet again for 17 years in a row Safeco field (Now T-Mobile park) sat empty. There were some bright points to the 2018 season.

Mitch Haniger, Seattle’s young right fielder had an outstanding season full of standout hitting and showed just how flashy he is with the leather. Dee Gordon, Seattle’s new center fielder from Miami, showed off just how fast he really is, making outstanding plays in the outfield. He soon moved to second base in place of Robinson Canó. MLB.com says that Seattle had a double-digit lead in the second wild-card spot and were only one game behind the Houston Astros at one point, but after failing to clinch the wild-card spot, there needed to be some changes in the market.

Midway through the 2018 season, General Manager Jerry Dipoto, and head coach Scott Servais were both offered a multiyear contract extension. Some thought Seattle’s front office may have spoken too soon with the contract extensions after the season fell through.

With a 17-year playoff drought at hand for Seattle, Dipoto decided it was time to dump the roster, and make way for new acquisitions of young prospects and some veterans to help along the process. The idea was to clear out the old in order to build a future with the young.

The first move that Dipoto made was to clear room in their cap space by trading Seattle favorites Robinson Canó and Edwin Diaz for veterans Jay Bruce, Anthony Swarzak, Gerson Bautista and top prospects in the Mets minor league system along with $20 million in cash. That was just one of Seattle’s big moves.

Seattle also added some big names like Mallex Smith, Justice Sheffield, J.P. Crawford, Edwin Encarnacion, Hunter Strickland and Shed Long. The Seattle Mariners have also added the new Japanese pitcher Yusei Kikuchi  from the Seibu Lions who is known for drawing crowds in Japan. Seattle did let go of players that had long been with the organization and even played well for them, but it was to make room for the future.

Along with these new changes to the team, Safeco insurance lost its naming rights to the stadium and Safeco field, the longtime name of Seattle’s baseball stadium changed its name to T-Mobile park. Many wonder how long it will take for the name to stick. Fans have grown restless of their team missing the playoffs season after season. Dipoto has claimed that this offseason has been all about the process. According to him, by 2022 the team should be consistently making the playoffs and be a dominant force in the MLB. What that means for Seattle is that 2019 should be a dismal season to watch. That’s probably why they have decided to keep the way-too-old Felix Hernandez and Ichiro on the roster. They might need to sell tickets in any way possible. The Mariners have made it clear that Felix Hernandez is the “King” of Seattle, but he has lost his velocity on his fastball, and lost his command. It is time for Felix to retire.

This is where I tell you to pump the brakes. MLB.com says that the Seattle Mariners have had a winning record three out of the last four seasons. Even then, Seattle never had enough youth on their team, and had  the most confusing roster setups I’ve ever seen. They paid more money to bring in offense to score more runs, but gave little attention to the starting rotation. Most successful teams would say that defense wins championships. The Mariners have added more talent this offseason than meets the eye. Veterans like Edwin Encarnacion, will bring a much needed leadership role for the young guys. The Mariners  have no pressure on them this year to win. Most believe they will win less than 75 games. We have seen this before, a young team that has little to no expectations that comes together knowing they are all fighting for a spot on the roster next season.

Expect a slow start from the team, but also expect a winning record by the All-Star break come July. This team has passion and fire. I understand Seattle fans feeling upset that they will have to wait another two years to finally get that postseason taste promised by Dipoto but keep an eye on those standings this season. You will probably find Seattle close to the top.