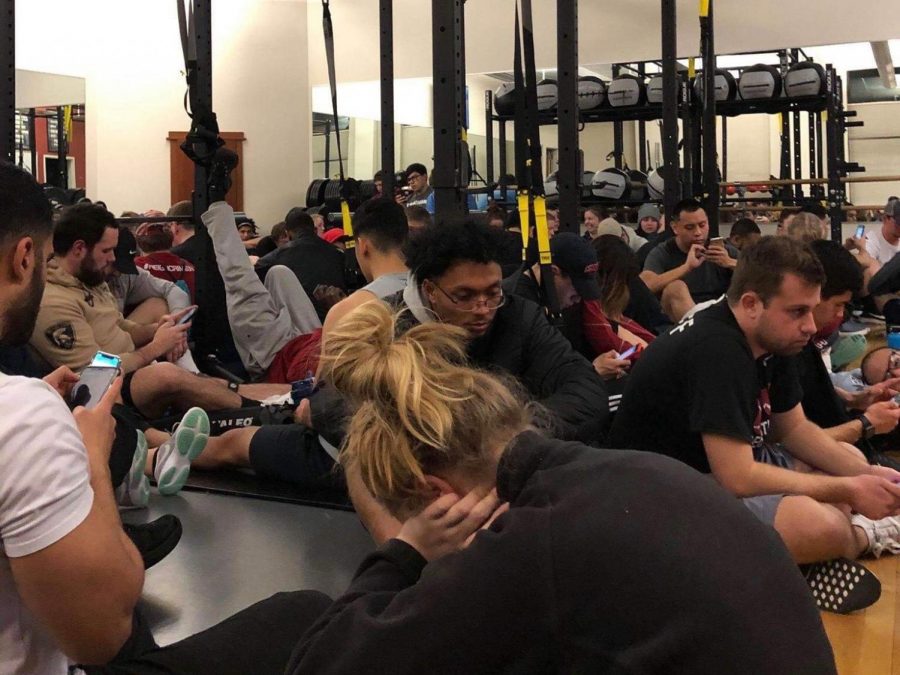 Permission to use in The Observer

An emergency response update regarding the active shooter threat on Feb. 6 places the responsibility on “a student” who “overheard” a conversation in the CWU Case Management Services Office in Bouillon Hall for triggering a chain of events that led to the lockdown of campus from 5:35 p.m. to 7:27 p.m.

The update was released by CWU President James L. Gaudino on the afternoon of Feb. 8. The report details the events which took place before the official university alert was sent out at 5:35 p.m. on Wednesday. It also confirms what The Observer reported on Feb. 7; that students, faculty and staff who were in Lind Hall on Feb. 6 were evacuating from the building at 5:15 p.m.

According to this latest timeline of the events, the Army ROTC program’s personnel in Lind Hall received unverified information of a potential active shooter sometime between 4:38 and 5:15 p.m.

The update stated that at 4:13 p.m. Ellensburg Police informed CWU Police about a student who was “upset and making threatening statements.” CWU Police investigated the information received. At 4:38 p.m. CWU Police contacted the CWU Case Management Services in Bouillon relaying the student’s comments and asked the staff to lock the doors as a precaution. According to the university update, “This conversation is overheard by a student, who then tells staff at Lind Hall that he heard there was a threat of an active shooter on campus.”

From then on, things escalated.

At 5:15 p.m., ROTC initiated protocol and began evacuating Lind Hall. Word spread and people in other buildings were warned that there was a threat of an active shooter on campus, according to the update.

At 5:25 p.m., based on the student’s comment, Kittcom dispatched a county-wide emergency notification that there was an active shooter in Lind Hall. CWU Police then ran into Lind Hall, which was already evacuated, and started a door-to-door search. “CWU sets up a formal emergency command center as five other local law-enforcement agencies and CWU Police respond,” according to the update.

At 5:35 p.m., an official alert was sent via phone call, text, and email warning all CWU students and employees to stay away from Lind Hall.

At 5:53 p.m., Kittcom received a call indicating “actual shots heard” in the SURC gym. Law enforcement responded to the SURC, found no evidence of an active shooter, and began clearing the building, according to the update.

At 6:02 p.m., Kittcom received a report of shots fired in the Language and Literature (L&L) building. No active shooter was found and police began clearing the building, according to the update.

At 6:27 p.m., Kittcom received a report of shots fired at Nicholson Pavilion. An officer conducting a self-defence course responded and confirmed no shots fired. The Feb. 8 timeline update explained that “For the next hour, officers clear every building where shots were reported, finding nothing.” This clarified the content of a tweet posted at 7:26 p.m. on Feb. 6 in which the university said that “all buildings have been secured and the campus is safe and all-clear.”

At 7:27 p.m. The all-clear was announced through the CWU Alert system, indicating that it was safe to return to campus and usual activities. The official CWU Twitter account announced buildings were all clear at 7:10 p.m. on Feb. 6. It followed up with an update repeating the same announcement at 7:26 p.m adding, “UPDATE: No confirmed shots, no known suspects and no suspect has been found.” The most recent timeline of the events did not address the reason for the 16-minute gap.