Government shutdown comes to an end for now 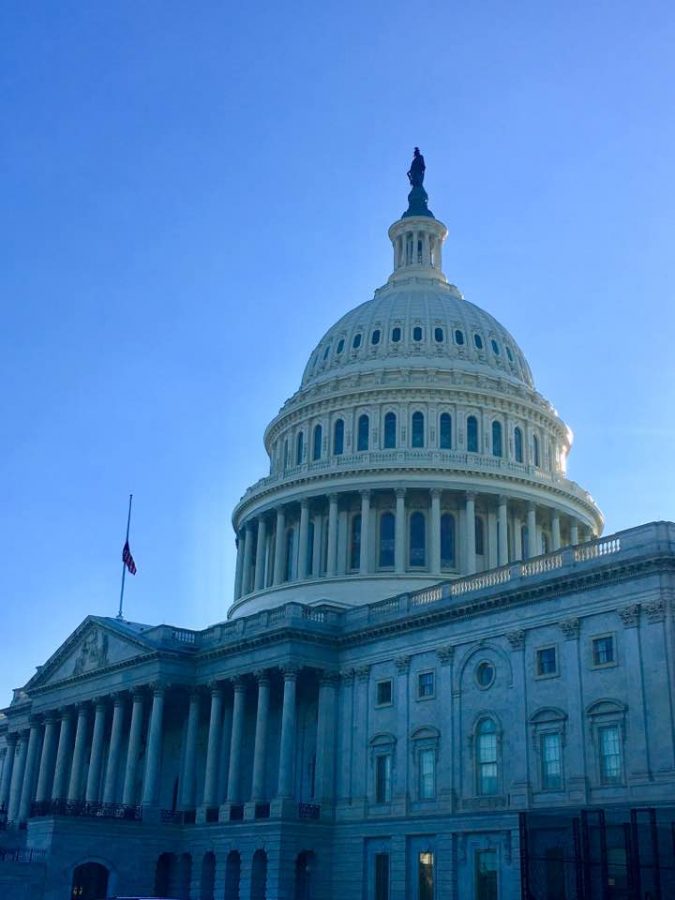 President Trump announced early on Friday, Jan. 25 he would be signing a bill that would temporarily reopen the federal government until Feb. 15. The three–week period would spell relief for roughly 800,000 federal workers who have been denied a second consecutive paycheck, according to a New York Times article.

Trump’s announcement came shortly after the Senate failed to pass two separate measures, each of which could have provided a more permanent reopening of the government. The measure Trump’s administration proposed included $5.7 billion for the border wall and the measure from the Democrats completely omitted the wall. According to the New York Times, neither measures received the 60 votes required to pass. The article also said that at least half a dozen Republicans voted for the Democratic measure.

The question remains whether the 35-day-long shutdown has brought us any closer to a real agreement, as the deal to open the government did not include any of the money Trump requested to build additional sections of the border wall.

A report from NBC stated that Trump may have been pressured into making a deal based on consequences brought on by the shutdown, such as air traffic across the Northeast being slowed down on account of a shortage of flight controllers. The report said that many flight controllers called in sick because they were too stressed and overworked.

Another source of pressure could have come from FBI Director Christopher Wray’s video, also released early on Friday. According to USA Today, Wray put out a six-minute-long video stating his anger and disbelief regarding the month-long shutdown.

“Its mind boggling. It’s shortsighted. It’s unfair. It takes a lot to get me angry, but I’m about as angry as I’ve been in a long, long time,” Wray said.

Trump said in the announcement that if no agreement can be reached by the Feb. 15 deadline, he would either reinstate the shutdown or utilize a different tactic: declaring a national emergency which would allow him to move forward with the wall without congress’s approval.

“As everyone knows, I have a very powerful alternative, but I didn’t want to use it at this time. Hopefully it will be unnecessary,” Trump said during the announcement.

According to the New York Times, the president has the authority to declare a national state of emergency, under the National Emergency Act of 1976. This would allow him to work around the normal constraints of the Constitution. However, this approach may not be as absolute as it seems. The Times article said that if a national emergency were declared, it would more than likely be challenged in court.

One of the obstacles Trump’s administration could face in court is a law that states the military may only redirect funds to build projects that Congress has authorized. Currently, congress has not authorized building the border wall.