Fixing the mold in Shaw-Smyser after investigation 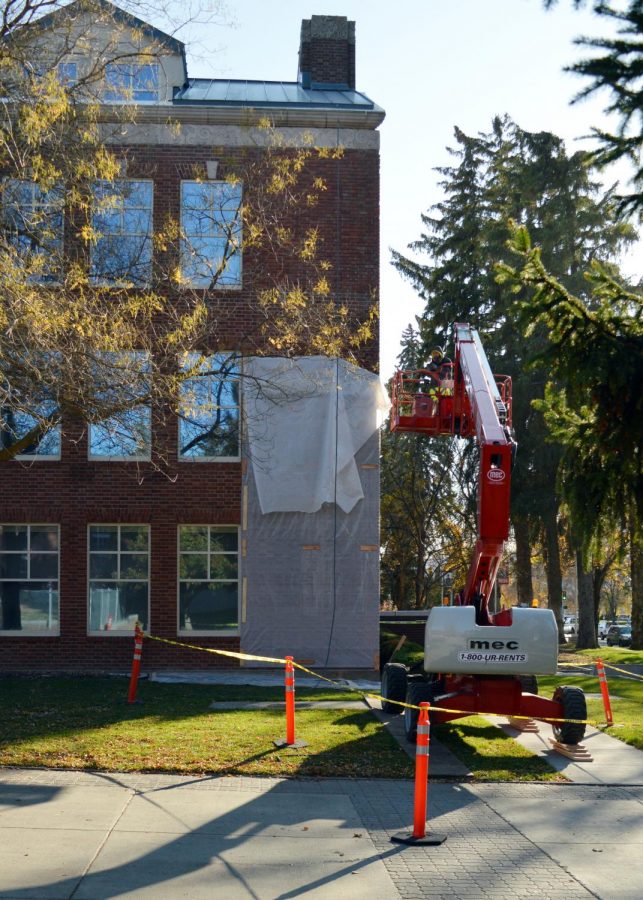 New rain gutters have been added to Shaw-Smyser after the old ones malfunctioned and caused mold to grow inside the walls of the building.

Black mold was found inside the gutters as well as in the building of Shaw-Smyser in March 2018. Black mold can cause health issues if exposed to it for too long.

In March, an investigation was conducted on Shaw-Smyser after there were complaints filed about the building for over a year. The report found two types of black mold on the first, second and third floors of the building, as well as in the gutters and on the roof.

“The lining and caulk in the gutter had deteriorated, thus allowing water to flow out of the gutters and penetrate the building,” the memo said.

This moisture let in by the gutters is why the mold eventually began to form and cause health issues among a few of the staff in the building. The mold forced the Information Technology and Administrative Management department to relocate last year and is still currently affecting classes.

Ryan Sleasman, a freshman at CWU, had one of his classes moved to the first floor of Shaw-Smyser because of the mold.

“My professor said that the classroom we were in was not her original classroom, and we had to move because the second floor of Shaw-Smyser had a mold problem,” Sleasman said.

The construction crew is currently working on repairing the gutters so that no more water can get into the building and cause more black mold. The school has invested a considerable amount of money to repair the gutters, the money was used to put on a new roof, repair the bricks around the building and clean out the mold in the classrooms.

Castaneda explained some of the repairs to the gutters that  CWU has made to make sure that this does not happen again.

“Our crews went up on the building and they found that the grout had deteriorated over time, so they regrouted the gutters and they put in a new sealant in the bottom of it to keep the water from draining through the gutters themselves,” Castaneda said.