Apartment complex being constructed near Alder 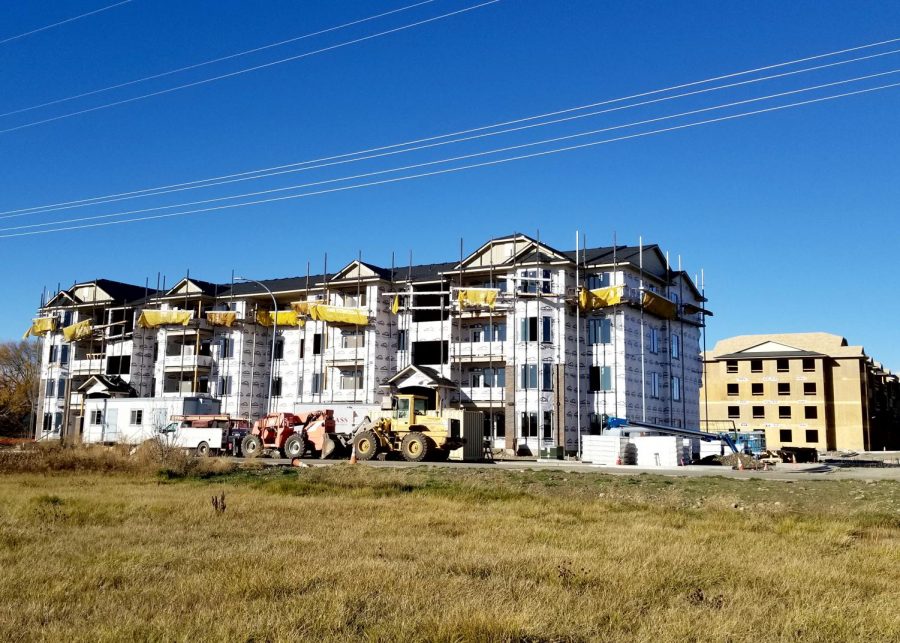 Lanzce Douglass is the developer of the new apartment complex and has proposed 10 buildings on the site.

By fall of 2019, there will be a new apartment complex for CWU students and Ellensburg residents. Douglas Properties, a Spokane based apartment rental agency, is constructing a 10-building complex at the intersection of East Helena Avenue and North Alder Street. The new site will provide Ellensburg with 288 apartment units, according to Douglas Properties Superintendent Mark Feltz.

Feltz said that construction of the complex began in March of last year and is scheduled to be completed by fall 2019. The project will include a variety of two, three and four-story buildings and offer options for single, double and triple bedroom apartments.

Feltz said that they are only working with a few Ellensburg companies because most of them simply do not have the manpower that a project of this size calls for. Douglas Properties is hiring mainly Spokane-based companies for the project.

City of Ellensburg Community Development Director, Kirsten Hackett said that Ellensburg’s current vacancy rate sits at 0.05 percent. At this rate, property owners are having to create waitlists for potential residents and that those looking for housing are not seeing many options that accommodate their financial limitations.

“I remember going to a grocery store last fall, and some kids were talking about living in a hotel,” Hackett said.

One of the big problems with housing in Ellensburg is that the supply of two-to-four resident small family units is not meeting demand. According to the City of Ellensburg Comprehensive Plan (CECP), which was adopted last December, less than a quarter of houses built between 2010 and 2016 were small family homes.

The need for affordable housing compounds the problem further. According to Hackett, housing is considered affordable if the cost of rent and utilities is less than 30 percent of the resident’s earnings.

Ellensburg’s population growth in the last ten years has driven up housing costs and caused a major decrease in the number of affordable housing units available, according to the CEPC.

In response to the apparent lack of affordable housing, Ellensburg has put together the new Affordable Housing Commission. The commission began meeting in June and is comprised of City Council appointed community volunteers. Funding for the commission is coming from a new sales tax which also began in June. The tax is expected to bring in $700,000 a year, all of which is dedicated to improving the affordable housing options in Ellensburg, according to Hackett.

Hackett said the Affordable Housing Commission is still in its early stages; however, they have begun working on multiple projects around Ellensburg with companies like Housing Authority, Hope Source and Habitat for Humanity. Many of these projects promise to create more affordable housing options for the community.

The 288 new apartment units combined with the over 400 beds that will be provided in CWU’s new Dugmore residence hall next fall will be great for students who need more housing options.

Matheny said that while she’s not sure if the new buildings will be the solution to housing problems, they are definitely a step in the right direction.