Deans Reflect on a Year With New Budgeting Model 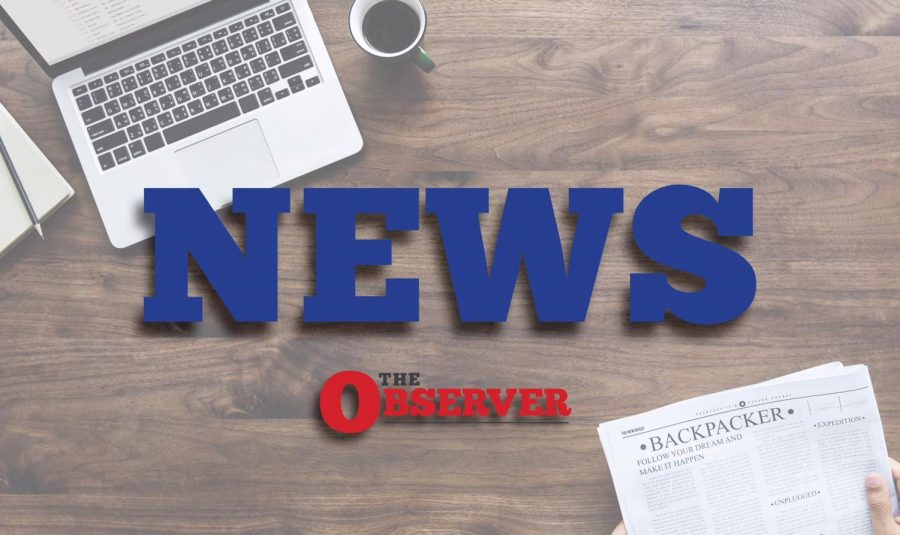 Deans from CWU’s four colleges met last Monday, May 7 at the provost’s quarterly budget summit meeting to give presentations on implementing each college’s budget next year, review expected expenses and revenues, and present this year’s efficiency and cost projections.

This meeting comes only a week after deans from the College of Arts and Humanities (CAH), College of the Sciences (COS), College of Business (COB) and the College of Education and Professional Studies (CEPS)  received their first look at next year’s budget.

For most colleges, new budgets mean new obstacles to traverse and a tighter belt to adjust to. Despite minor financial setbacks from decreasing state funds and the implementation of Responsibility-Centered Management (RCM), deans from all four colleges said that they’re looking to continue to find efficiencies within their departments.

Deans from the four colleges were also quick to identify some large expenditures that they predict might affect their drafted budgets. Tim Englund, dean of COS, identified $220,000 that is needed to spend on equipment and program and retention development. Paul Ballard, dean of CEPS, identified $875,000 of program development and teaching resources.

Ballard said that despite CEPS’ awareness of the high costs they’re predicted to encounter, they’re still going to try to instill a reserve thanks to knowledge of how RCM is working within their college. 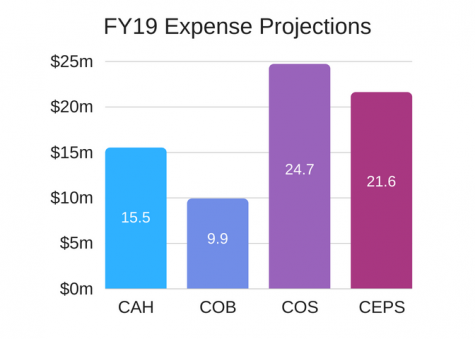 “I’ve still got to be looking at ways that we can find efficiencies and how we can work to secure our future, but we are going to have needs that we are going to spend some money on this year,” Ballard  said. “We’re lucky in CEPS that we do have money.”

Ballard also said that by not filling $361,000 worth of tenured and tenure-track positions after those employees retired, he was able to meet his efficiency target. According to College and University Professional Association for Human Resources, that’s about three or four professors.

College of Arts and Humanities

According to Interim Dean of CAH Todd Shiver, the college is predicted to start the year off $167,000 in debt. CAH last year started out $150,000 in debt, according to Shiver.

“I think that we’ve been doing some good things about looking where we can really deploy it, invest and make some strategic moves to make this leaner, cleaner and more efficiency,” Scott Robinson, interim associate of CAH, said.

According to Shiver’s presentation, CAH has seen a majority of fund subvention from other colleges. A major reason why CAH was able to start last year with $150,000 was because of a large subvention from the colleges that amounted to around half a million dollars.

Shiver recognizes that a lot of CAH’s programs are not cheap to run and that some of them aren’t as profitable as others.

“The provost has been nothing but supportive and has given us a lot of money… for strategic initiative funding,” Shiver said. “And the other deans [have] as well. The other deans aren’t looking at me, saying ‘you’re stealing our money from us, we resent you for that’… they might think it, but they’ve never said it aloud.”

Shiver also said that a lot of general education classes are also not seeing much of a rise in numbers.

“What we found out fall quarter, just minus the extra hundred students that we had. The demand for seats in our gen ed classes were not being met,” Shiver said. “We had been offering the same number of English classes for the past five years, as of fall quarter.”

Shiver said that he attributes this lack of growth to poor general education retention and that students aren’t able to get into upper level classes.

According to Shiver, CAH is going to be looking into creating more sections for classes that are higher in demand with their carryover and attempt to schedule classes more efficiently.

CAH is also looking into funding eight new positions and creating an alumni mentorship program that will pair 50 CWU students with alumni mentors.

According to Kathryn Martell, dean of COB, the college has been acclimating to the RCM model well and have been resilient in handling a large increase in student credit hours.

From 2014 to 2017, COB’s credit hours increased 23 percent, according to Martell. Within that that same time span, COB hasn’t hired any additional faculty. 83 percent of student credit hours in COB are taught by tenure-track faculty. This has lead to a higher workload for faculty, as well as a steady increase in salaries.

Martell said that even though faculty salaries are increasing, they’ve been able to report lower costs and minimize non-urgent expenses.

“It’s amazing that College of Business is this productive. I don’t want to imply that we were sluffs before, but people really had to get on board in terms of believing this was a crisis and we had to respond,” Martell said regarding faculty taking on more students.

Martell said that she attributes the college’s resilience to her faculty and implementing RCM initiatives early.

Even though the COB is keeping up with the rise in seats needed, Martell said that their current budget doesn’t allow for much expansion or development within the college.
“The concern about RCM was that it was going to cause us to replace all our tenure-track faculty with adjuncts. And, well, that’s not the trend so far. It seems to be working ok,” Englund said.
Martell said that she wouldn’t be implementing RCM this way because it has been taking a large hit at a lot on the colleges’ budgets and the subvention process of transferring funds between the colleges.

“In retrospect… I don’t know if I’d do it this way because it really took a bite out of the college. And the one thing I hadn’t anticipated was… how the subvention would work,” Martell said.

Martell said that there was confusion on where the funds were coming from. She initially thought they would be coming from a fund and not between the colleges.

Martell also reported that online courses make up one-third of COB’s credit hours. This was her last budget presentation as dean of COB.

College of the Sciences

Englund said that even though COS is predicted to finish the fiscal year $40,000 in debt, the college will have $731,000 of funds to carry forward for next year.

According to Englund, COS’s budget next year will be fairly similar to this year’s, leaving their predicted increase in expenditures to tighten funds and leaving little wiggle room. Despite that, Englund is optimistic with the new RCM model.

“The concern about RCM was that it was going to cause us to replace all our tenure-track faculty with adjuncts. And, well, that’s not the trend so far. It seems to be working ok,” Englund said.

Englund also said that a major reduction in Goods and Services this last year will be made up by revenue earned summer quarter. COS didn’t spend any money on professional development and travel, according to Englund.

Englund said that a vacancy in six tenure-track positions (three in math, three in anthropology) helped them hit their efficiency targets.

College of Education and Professional Studies

Dean of CEPS Paul Ballard said in his presentation that the college will need to continue to keep up with it’s growing expenses if they want to continue to expand. According to Ballard, the expansions in aviation and education have consumed a lot of their budget.

Ballard also presented that his college would need $310,000 in instructional equipment and invest $45,000 in marketing.

A list of reports, recordings from the presentations and a recording of the dean’s presentations are available on the budget summit website at cwu.edu/budget/budget-summits.