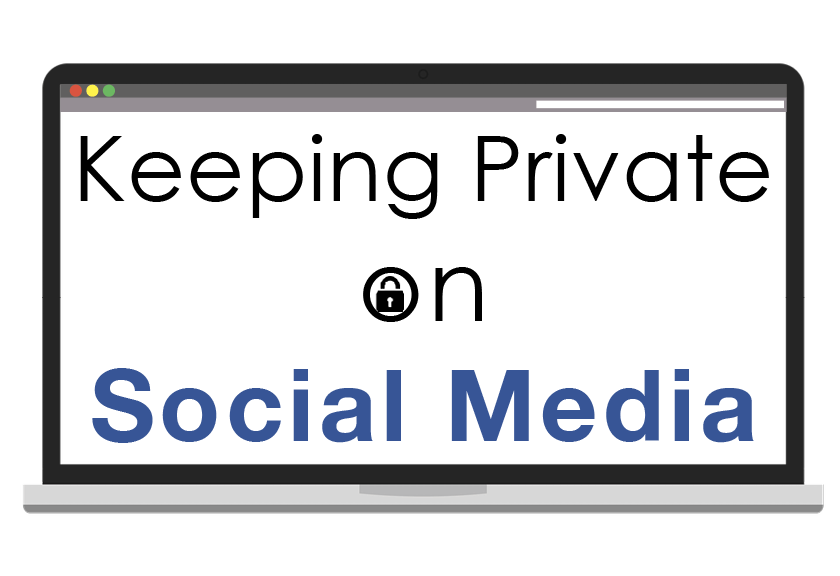 It was one year ago that Kahveh Robinett decided that he had had enough. He was getting addicted. Not to trivial things, like a Netflix series or an expensive coffee addiction, but to social media.

According to Robinett, a junior Information Technology and Administrative Management (ITAM) major, the monotonous schedule of checking his social media had become too time consuming, and he was trying to develop a more professional social identity. To him, his life with social media was dull. Checking Facebook posts, replying to Snapchats, keeping up with his Instagram following – something had to change.

“I was, in some form, addicted with social media and I wasn’t happy with that,” Robinett said. “So I just deleted it.”

He then began deleting accounts and replacing them with more private, professional accounts. Even today, Robinett said that he still doesn’t have an active Facebook, although he claims he’ll go back one day.

Robinett said that he watched both of Mark Zuckerberg’s testimonies during the wake of the Cambridge Analytica debacle, in which information from more than 50 million people on Facebook was obtained by a company that had ties with the Trump campaign. He said that instance did worry him and that his information might be compromised.

Social media, regardless if you love it or hate it, has become a large presence in today’s culture and society. It’s convenient, socially-enabling and connects billions of people every day to each other. Facebook alone has more than a billion active users, or a little under one-sixth of the world’s population.

Humanity has historically never been more connected. But that doesn’t mean that our information is that much safer.

We live in an age where it’s never been more easy to get people’s personal information, such as banking info, general location, or social security numbers. This is worrisome to James Brown, ITAM lecturer, who has had experience with getting his private information stolen.

While on a public wifi-hotspot in July 2015 at an airport, someone was able to access his browser history through the network. His laptop was not encrypted and, according to Brown, he luckily didn’t lose any information that was dire. 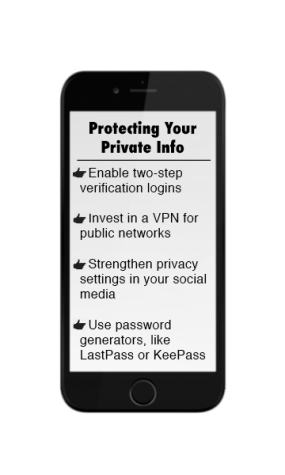 “That’s my key warning… the moment I open my Gmail, it’s broadcasted for the world to see,” Brown said, referring to the open network that he had connected to.

He said that he now uses Virtual Private Network (VPN) that encrypts the information that’s in transit between his computer and the public network. He said that they’re extremely useful for people who, for example, use public wifi frequently and are fairly inexpensive.

Brown said that there are two simple things that students can do to help privatize their social media: keep their security settings up-to-date, and enable two-step verification logins.

“If you’re not careful and you don’t have your security systems set up, then [people on] Facebook can pull a lot of information,” Brown said.

Despite keeping basic security measures up to date on social media, Brown still worries that some people are putting too much online. Social media accounts can link a lot of information publicly, and many people just aren’t aware what specific information is shared from the get-go.

“Eventually what’s hidden will be public. It’s going to happen, just watch out what you post,” Brown said.

With regards to social media usage in higher education, Brown said that he hopes more programs will be developed to educate students in college.

Brown said that when it comes to passwords, he uses a program called Keepass to randomly generate and apply passwords to keep his accounts secure. This is to ensure that his passwords between accounts aren’t the same.

Even though dangers can arise from our laxed social media habits, Martin Bagaya, assistant professor in ITAM, believes that using social media as a tool can impose a more positive impact than a negative one.

Bagaya is currently administering a study that will look into how CWU students perceive the usefulness of social media based on their internet habits and how the university can use this tool for positive things, such as boosting post-grad employability.

He’s been conducting this research for over a year now and Bagaya said that he’s in the process of concluding his research. Bagaya said that it all started with a sense of curiosity about whether students’ social media habits affected their employability outside of college.

“The goal is how can we help our students to find value in that social media space,” Bagaya said. “I’m looking at [their] trends, what sites they’re going to… and frequency of use.”

Bagaya said that he believes that the results of his study could help leverage some more education on social media within higher education. He thinks that we should view these platforms as more of a tool, but he doesn’t deny their precarious byproduct.

“Until it happens, nobody really thinks about it,” Bagaya said. “They think that they’re protected, when they really have to take action to privatize [themselves].”

When it comes to dealing with private information, Bagaya said that he believes social media conglomerates will stay progressive with protecting it.; even if their relationship with the legislature might sometimes seem nonexistent.