Sparling will not return for CWU 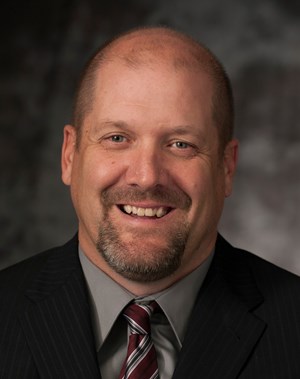 After 29 years, CWU Athletics announced Tuesday that they will not be renewing Men’s Basketball head coach Greg Sparling’s contract following the end of the 2017-18 season.

“After a thorough review of our men’s basketball program, I came to the conclusion that it was in the program’s best interest to go in a different direction,” Francois said in a press release. “Central has a storied basketball program and Greg has certainly been an integral part for the last 29 years as both a player and coach.  We greatly appreciate all that Greg has contributed to the program and wish him all the very best in his future endeavors.”

The search for a new coach will begin immediately and there are hopes to name Sparling’s successor by April, according to Francois. In the meantime, day-to-day operations will be overseen by assistant coach Drew Harris, who says he was blindsided by the news.

“We are all pretty shocked that his contract wasn’t being renewed,” Harris said. “I didn’t see this coming after making it to the GNAC tournament.”

Harris joined the Wildcats coaching staff at the start of the 2013-14 season, but had also previously played with the team during the 2010-11 season.

“I’m thankful for him giving me the opportunity to coach and for trusting me,” Harris said. “I appreciate everything he did for Central basketball.”

The Wildcats fell in the first round of the tournament to Saint Martin’s University 87-84 in overtime. Some players speculate if they had advanced, Sparling’s contract might have been renewed.

“Who knows,” Shabazz said. “I do think if we would’ve even made it to semis or made it to championships or won the championship, it probably would’ve helped the situation.”

Harris said that this past season was an especially difficult year for the Wildcats with all of the injuries that occurred on the team.

Marc Rodgers, a fifth-year senior, suffered a career-ending injury earlier in the season and has had the longest player-coach relationship with Sparling at CWU.

Sparling first began his coaching career at CWU during the Wildcats’ 1994-1995 season campaign, when he took over as interim head coach for Gil Coleman.

In his 24 year head-coaching career at CWU, Sparling amassed 386 wins, five conference championships, and a career-winning percentage of .604.

Sparling’s departure leaves both recruits as well as returners with the option of backing out of their athletic commitments with CWU.

Tuesday “was filled with a lot of emotion… It was just a matter of us being together as a team and having each others’ backs,” Shabazz said. “When the time does come, [we’ll] see what coach comes in and get a chance to meet him and see how he wants to change the program… It’s just a matter of waiting until they bring in whoever they bring in.”