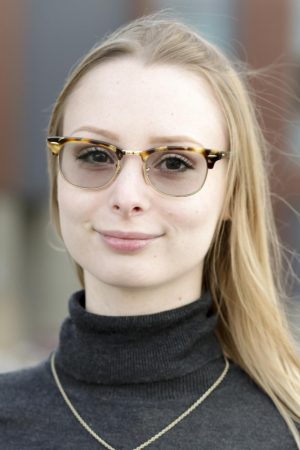 Although the original net neutrality rules went into effect in 2015, they aimed to preserve the freedom of the internet as we have always known it. The rules gave the FCC loose power over internet service providers (ISPs) and had three main goals: prohibition of ISPs blocking content, ISPs throttling or slowing the access of certain data and ISPs creating paid prioritization for those who can pay a premium and slowing those who don’t.

The FCC Chairman Ajit Pai, who pushed for the repeal, argued that repealing the rules would benefit consumers because ISPs could offer a wider variety of service options.

But here’s the thing: we already have a free internet. If you pay for the internet, you get access to everything on it. There’s no need for ISPs to offer us different services because we already get every service available.

Internet bundles are already happening across the world. According to The New York Times, many parts of Europe are experiencing ISPs charging for certain internet content. In Portugal, the mobile carrier Meo offers monthly subscription plans broken into categories for access to social media, messaging, and email applications.

Imagine having to pay a flat rate for data on your phone, an extra $5 to access Facebook and another $5 to access your Gmail account. This is a very real possibility, and it wouldn’t just be for mobile devices.

To me, the internet is the 21st century library. Gone are the ways of the print encyclopedia as more people embrace digital databases like Wikipedia. Communal message boards are rarely used, as people prefer to post their classifieds from the comfort of their homes onto websites like Craigslist. Social media like Snapchat and Twitter allow messages to be created and published to a worldwide audience in a matter of seconds. The internet allows us to connect in ways that were unprecedented 20 years ago.

Freedom should not be restricted by how much money you make.

Perhaps the most notable example of how the internet is integral to the communication of a society is the Arab Spring. From 2010 to 2012, Tunisia, Libya, Egypt, and a handful of other countries saw major uprisings. Twitter and Facebook quickly became a platform for citizens to organize and communicate, leading to the toppling of these regimes because governments were unable to control these websites.

The Arab Spring is an extreme example of how the internet can connect a community for the greater good. If the internet were censored and not many had access to social media in this part of the world, the Arab Spring may never have happened.

Now, I’m not calling for Americans to overthrow the government over the repeal of net neutrality, but free and equal access to the internet is something I believe Americans should have. We’re allowed to go to the library and check out any book we please. We should be able to access any website we like.

It’s too early to say what the effects of the FCC’s vote on repealing net neutrality will be. However, the moment we stop talking about this is when we lose the fight for our right to have a free and fair internet. There’s still time to contact your government officials to help overturn the FCC’s decision.  Go to SaveTheInternet.com for more information on what you can do to preserve internet freedom.